← “Just because we have more access to Mind at Large … does not mean we are mindless, feelingless machines”: Planetmates on work versus instinct, happiness, joy, creativity being like instinctual knowledge, play, Divine inspiration, and fun. Planetmates say, “We are your angels in Nature”
You cannot get this wrong. →

“Humans are the only planetmates coerced into activities in which they find no real pleasure or joy … You introduced ‘work’ into Nature”: The Planetmates on coerced labor, specialization and assembly lines, Marxism and surplus value, industrialization

“At any rate, in addition to all the extra work you brought into Nature through your controlling ways as it expressed itself in food production and storage, there is additional work involved in defending those stores. Unlike the “possessions” of those in Nature, which are easily acquired and just as easily discarded for they can be easily acquired again, this new classification of possessions that are your “stores” represent a dearly acquired (through “work”) collection of things. They are the physical manifestation of human suffering. Hence they are valued highly for the fact that they are not easily or quickly replaceable. Hence also, they represent quite a concentration of labor, wrought of suffering, which, if acquired, would reduce the amount of such suffering (labor or work) for someone else. So, they are viewed with extreme attraction by equally famished … and suffering … others. With these concentrations of labor-suffering — these stores — then, comes the need to defend them from those others.

“With defense of stores, or “investment,” we have another reason children were more desired, after you became sedentary. Children are not just extra hands in the extra work you have created in your descent into ever more controlling, they are enlisted in keeping others from stealing it. They act like little soldiers.

“So, with humans we have this added labor, this added, actual, work. Your Marxists like to talk about the surplus value of worker’s labor and how the capitalist owners take that. They say it really belongs to the workers. But they have never looked deeply into its nature.

“They say there is an additional value that is created through collective endeavors over what would be created individually. What they are saying is that if one adds up the value of what people create, working individually and being self-determining, it is a certain amount — say, the total number of chairs that can be fashioned by that group in that amount of time acting on their own. However, if those workers are organized and working collectively, they produce that amount, plus more — say, the number of chairs produced by that same group acting on an assembly line.

“Anyone who has ever worked in a team knows this. Imagine you are clearing land for farming. You are leveling trees and pulling out stumps. Obviously, you can accomplish a lot more having workers collectively hauling heavy logs than if each worker is on his own straining away. Surplus value is, also, evident in Amish barn-raisings, where working together, structures can be thrown up in a day that would take weeks or months working on one’s own with one’s own strength and energy.

“This is, indeed, a benefit that accrues to humans living in groups of any kind, and it was a huge benefit of tribe life.

“But with sedentary-agrarian ways and hierarchical societies you have an additional surplus value, for humans can be organized around projects in greater numbers and working in tandem and cooperatively. Combining their strength they are able to do things that simply cannot be done, no matter how long one worked away at it, individually or in small groups.

“This is how the pyramids were built. It explains why such things were not done previous to hierarchical societies … they simply could not be.

“Further, with different units applying themselves to specific tasks within the project while other units focus on others, these units become more skilled, more efficient, and more productive in those tasks. This is the “benefit” of division of labor and, in the public sphere, of specialization in regards to task.

“These factors are realized most clearly in industrialized societies; they are the reason the assembly line and manufacturing are so much more productive than the cottage industry of previous times.

“No doubt, right now, you are thinking what a great idea this is. You see it as people having it easier because they are working together to accomplish more.

“Well, not only does that surplus value not come to the workers — this is the essence of the Marxists’ complaint — for it goes to the ones at the top, the ones doing the organizing, the ones doing the enslaving; but it is the product of effort that is onerous because it is coerced. You simply do not have people agreeing to link themselves together hour after hour — perhaps day after, day, perhaps month after month — pulling together against heavy loads. You do not have anyone, of their own volition, wanting to, over and over again, hour after hour, repeat the same simple actions, perhaps actions that are part of the creation of a product that they never see completed, so never getting even the satisfaction and pleasure of manifesting something in reality that was not there before.

“So not only are such workers deprived of the satisfaction of seeing something manifest out of nothingness through the efforts of one’s own hands, they are even ripped off of the pleasure of its completion. They are coerced into giving up their time, their life, in the carrying out of activities in which they find no real pleasure or joy. They hardly appreciate the product that results from their efforts. Not only was the actual decision to create what was created not theirs … it did not spring forth from their desires, their “instincts” … but they were allowed to participate in only a tiny part of its creation. It is about as pleasurable as chewing food that someone else has picked out for themselves, which one does not get to swallow, having to be turned over to the “employer” when one is done.

“So with hired, coerced labor, we have an example of work and free will versus “instinct.” The upshot is that for the worker, that pure pleasure involved in creating something out of relatively nothing, that feeling of awe and magic that one has for that moment identified with the creative principle of the Universe, bringing something from no-thingness into thingness, and had a sense of divinity that way, is denied them.

“There is no planetmate who is similarly deprived….” 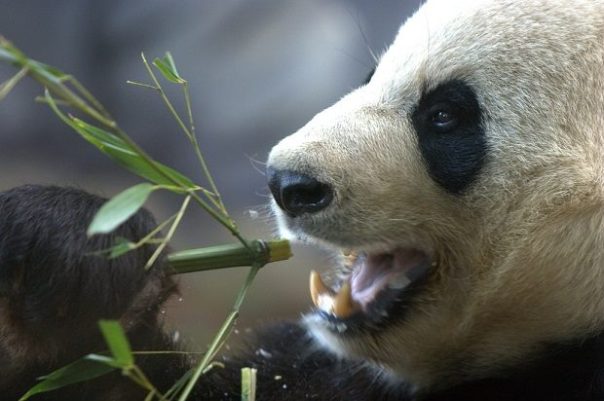 [Pt 4 of 25rd prasad — Family Fortress. More coming…. To see the entire book, to which this will be added eventually (book is two-thirds updated), go to the blog page at http://mladzema.wordpress.com/the-great-reveal-book-6/ …

Planetmates: The Great Reveal – Michael’s latest book — is now available in print and e-book format. April 27, 2014. at https://www.createspace.com/4691119
To purchase a signed copy of any of my books, email me at sillymickel@gmail.com … Discount for blog subscribers.

← “Just because we have more access to Mind at Large … does not mean we are mindless, feelingless machines”: Planetmates on work versus instinct, happiness, joy, creativity being like instinctual knowledge, play, Divine inspiration, and fun. Planetmates say, “We are your angels in Nature”
You cannot get this wrong. →