The Great Reveal from the Planetmates, The Fifteenth Prasad: Eden Scorned and the Angels in Nature

Angels in Nature, Eden Scorned: In “Scorning Eden” Humans Suffered So Greatly, Planetmates Even Chose Lives Where They Could Comfort and Help

Eden Scorned … Planetmates’ Compassion, Planetmates’ Pity: “Your Decisions to Separate from the Divine and to Control Fate Created Unmitigated Suffering” Say Planetmates in The 15th Prasad

Your decisions to separate from Divine Providence and to seek to control your fates created lives of unmitigated suffering.

Credit the Planetmates. They’re kicking our ass into shape, it seems to me. My suggestion, stop trying to figure them out.

More will become clear. I’m thinking of the hit TV series, “Lost” and how it was mysterious and incomprehensible until the end. I realize the Prasads are a lot like that. There’s much more coming than anyone realizes, just like in “Lost.” And just like in “Lost,” I think the mind’s going to go crazy trying to figure it out or pigeon-hole it ahead of time. Of what I know of what’s coming, it is different from and unlike anything I have ever read, heard, or known before.

Dog is First Consciousness at The 15th Prasad.

"To us, you were the suffering Planetmate.... In fact, some Planetmates even chose lives as species where they could help and comfort you." 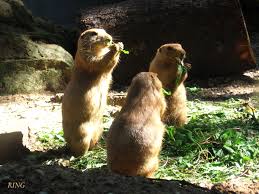 Adding to your creation of new diseases for yourself was, of course, the constant ill-at-ease state that characterizes you because of your early trauma. So the result of your decisions to separate from Divine Providence and seek to control your fates was the creation of lives of near unmitigated suffering. To us, you were the suffering Planetmate.

And for a long time, despite your cruel ways to both the Flora and Fauna

Empires of planetmates, there was more pity and compassion toward you than any other feeling.

In fact, some Planetmates even chose lives as species where they could help and comfort you—your pets and, so called, domesticated animals, being prime examples of that—solely out of pure, simple compassion for the unfortunate lots you had created for yourselves.

This video is a reading of The Fifteenth Prasad, as received from The Planetmates—what I’m calling “Planetmates’ Compassion, Planetmates’ Pity”—with additional explanation, context, and some commentary by SillyMickel Adzema.

The issues highlighted in the commentary concern the surprising compassion that the planetmates relate as being their primary response to our species, even as we capture, enslave, use, and kill them.

They express that they feel more pity for us, seeing us as living lives of unmitigated suffering, driven by early pain and crazed, feverish brains…insane, actually, compared to them…and therefore warranting understanding and forgiveness and even support and help. This last they say many of their kind have extended to us by choosing lives as pets or “domesticated animals,” even at the cost of those lives at our hands. This surprising, almost saintly, response to our cruel ways toward them is conveyed, but with little elaboration on my part for how can a human such as I presume to understand such high altruism among those that we denigrate and dismiss with terms such as “beast” and “animal.”

The link above takes you to the audio-only version of my commentary on The Fifteenth Prasad, exactly as is in the video. Click on the link to go to the the audio site, or you can listen to it here using the audio player below.

http://ecdn0.hark.com/swfs/player_fb.swf?pid=tjdhdjztxd
Image of The 15th Prasad. “The Great Reveal” By The Planetmates “Planetmates’ Compassion, Planetmates’ Pity”

Paraphrase/Elaboration of The Fifteenth Prasad — by SillyMickel Adzema

Your tendency to come down with disease and illness was added to the burden you already carried because of your state of ongoing unhappiness carried over from your unnatural beginnings. Thus, you not only created new diseases — by which you would perhaps unconsciously seek to bring to an end your denied state of unmitigated suffering — these diseases were added to your constant uncomfortable, miserable state, poisoned with your early birth and deprivational trauma, as it was. Essentially, then, in acting out your fears in a mania of attempting to control everything around you, you created lives of fundamental suffering. Your attempt to better your fates beyond what had been set for you by Divine Providence, which at one time had you living ebullient lives within the flows of a divinely-ordained Nature, was beginning to have disastrous results in terms of your overall well-being beyond your mere physical survival.

All these things combined, you presented yourselves a sorry figure on Nature’s stage. For these so called “improvements” to your physical circumstances came at great cost. You were able to greatly expand your numbers, but your flourishing was like that of a cancer upon the Earth, for it did not bring with it increased vitality. You grew, yes, but you did not thrive. All your increases of population numbers was paid for with a diminished and watered down existence for those brought into this world.

For your lives were drudgery and work. By the sweat of your brow, you now would sustain your meager physical existence. This was in contrast to your lives in Nature, and ours, wherein our lives spent in sustaining ourselves is part of our play in Nature. We have no distinction of work and play, as you do. For most of your existence, you saw every day as adventure and fun, as well.

But you descended from those lives of Pleasure into an ongoing working nightmare.

All in all, in seeking to avoid death at any and all costs to present happiness, you created lives which it was clear indicated that you actually wished for death … that you were seeking it out. You not only killed each other, you not only killed us, it was supremely evident that you wanted to die. So you extended your lives in all these unnatural ways, at the expense of actually wanting to live that existence.

So it is that you introduced tragedy to Nature. To us, you were the suffering planetmate. We watched as you elevated Nature’s game of life and death on high to where your numbers would increase wildly and uncontrollably, then be beaten back in mass outbreaks of disease, wars, or natural calamities — which your ever more concentrated population centers made far more severe than for us or would have been for you previously. You were the planetmate to introduce mass dying, and killing, to Earthly existence.

We saw you huddling together like frightened children in your homes and villages, bowing down to the products of your hands, and cowering before Nature and its ways. Your fear had you invent phantom helpers — gods, deities — that were equal, in stature, to your pain. Obviously they had their roots in your deprivational trauma; they were a manifestation of a denial of the way events had actually occurred to you in infancy, for they held out the promise that such satisfaction would someday come. But they revealed their true origins through the fact that they were often cruel and contrary in their beneficence, just as your caregivers had been experienced as being. Thus your images of God are deformed; true and real Beneficence is filtered through your fear and early pain.

You are unlike us, for we experience a perfect nurturing in our beginnings, under Divine orchestration of biological events, creating a perfect trust in Reality as benevolent, perfect, and generous. Whereas you experience a variable quality of nurturing in your early infancies — always less than perfect and sometimes harsh and cruel — which creates for you a sense of mistrust toward existence and its designs. This inner turmoil resulted — throughout your post-agrarian history — in your projecting that upon the screen of heaven and Nature as ambivalent gods, insensitive and wrathful deities, and perverse and contrary Nature. And the measure of your submission to these forces was equal to the measure of your suffering and pain. Feeling beaten down by the forces outside yourselves, from birth, had you begging, pitifully, from such forces throughout your lives. You sacrificed your nobility of soul upon the altars of unappreciative and vain, capricious and punishing gods.

We saw your suffering and pitied you. This was in spite of the cruelty that you perpetrated increasingly upon both the Flora and Fauna Empires of Consciousness — your fellow planetmates. Indeed, rather than anger, your planetmates felt more feelings of pity and compassion toward your species than any other feeling.

Your unhappy lots were of your own choosing, it is true; but we understood your crazed brains could not discern easily the way we could. Indeed, though you acted for all the world as if you were in control and dominant, you appeared to us to be enslaved to drives and passions. Again taking your shortcomings and spinning them as accomplishments, you awarded yourself, out of all Nature, with “free will,” though you were about as free as addicts are in choosing their fix. You lost the sense of having the potential for unlimited variety of experiences of life, as presented through the exigencies of the Divine, which actually gives us the sense of being free.

We saw you as sick or emotionally-intellectually deficient, so we did not judge or condemn your actions.

In fact, in our compassion, many sought increased spiritual redemption through devoting their lives to aiding you, at least in the relief of your suffering; even though at the cost of many a planetmate’s life. Their desire was to alleviate your suffering and even to comfort you. Forgoing exuberant lives of Bliss and Pleasure in Nature, they joined you in your darkened existences. They submitted to your wiles and cruelties. They carried you, pulled your plows and vehicles, were companions to and helped to raise your children. They presented examples to you of nobility and service to others, which you had totally forgotten.

So some planetmates chose lives as species where they would be close to and able to help you — “pets” you would call them or “domesticated animals.” And this was done solely out of pure, simple compassion for the unfortunate lots you had created for yourselves.

We were the actual angels in nature you sought in the heavens. You imagined the actual ideal satisfaction of your needs, their completion, the way they should have been satisfied, and symbolized that as the existence of angels and allies in the heavens, descending to Earth for you. You never noticed that your actual angels were directly before you, in Nature. Though you had waged continuous war on us, we reacted in accordance with the Divine benevolence we knew existed for us. We were your unheralded angels in Nature. We came to you at the cost of our lives and sought to assist and comfort you.

And to that, right now, we are adding that we are seeking to remind you and guide you as well. We would be your psychotherapists, as it were, dispensing the brutal truth and tough love you need right now in order to live. For your addiction can go on no longer.

Continue with The Great Reveal from the Planetmates: The Sixteenth Prasad. The Rich Begin Calling the Tune, 25,000 B.C. … Eden Owned – Accumulating Things, Controlling Others

Return to The Great Reveal from the Planetmates, The Fourteenth Prasad: Eating the “Apple,” Defying Divine Assistance