← Rupert Sheldrake’s morphic resonance theory relates to a new-paradigm vision of evolution. The essence of this new-paradigm view is that the world is basically consciousness or subjectivity and that the material universe is an epiphenomenon of consciousness.
*Planetmates: The Great Reveal* by Michael Adzema (2014) Complete book. Free. Downloadable … angels in Nature bringing tough love and a message of hope →

This brings us to the psychotic acting out of these thoughts and feelings — rooted in unconscious prenatal discomforts and repressed third trimester fetal memory patterns — by insane societies.

In this aspect of fetal discomfort, a reduced blood flow to the placenta is experienced as a buildup of carbon dioxide and toxins, since they are not removed as efficiently as they were before. Lloyd deMause explains how this womb situation is universally expressed among humans as a fear of being “poisoned” by “bad blood.” He has found that feelings of being trapped and at the same time “infused” with bad blood or toxic energies of some sort precede the outbreak of all wars.

For these wars are the unconscious way humans try to “break free” from these uncomfortable feelings, which are for the most part just early unresolved memories from our beginnings in life. We see “bad blood” as coming from the enemy. We see the enemy as an attacking many-headed monster “encroaching” on the “home”land … a threatening multi-veined placenta, aging and filled with toxins, “filth.” So we wish to attack and destroy the enemy — this placental “monster” — so we can “breathe free” again and escape their “poisonous filth.” (See BPM IV.)

*How We Act Out “Bad Blood” — Xenophobia, Blood Letting, Smoking*

The perfect example, however, is the xenophobia that resulted in the Nazis treatment of the Jews around the time of World War II. I have already pointed out how these walking psychotics injected poisonous gas into Jews in gas chambers out of these prenatal feelings, which they framed in adult thoughts of being themselves infected with tainted money from these Jews. Let us now look at other act outs of this.

This is the basis of racism … blacks are pollutants, as are Jews is what is thought. They want to take away our purity — our pure children … blood libel; our women’s pure virtue. And so we need to dress in white, indicating “pure” blood, to defend against these incursions (the Ku Klux Klan) of “bad blood.”

These feelings of being “sickened” at the end of our womb existence are the root of all xenophobia with its creation always of a toxic Other which cannot be allowed to infect the virtue and purity of people of “our blood.”

We see it in intolerance of others of all kinds. Several years ago, on May 21st, 2012, a Baptist preacher from the South made headlines everywhere by announcing from the pulpit that all gays and lesbians should be “rounded up,” placed in an “enclosure,” surrounded by an “electrified fence.” He imagined they could have food air-dropped to them until they died (obviously an insufficient … oxygen starvation … or poisoned … bad blood … amount.) At this point, I do not believe I need to unravel the prenatal qualities of the morass his mind was thinking in.

And why all this? His exact words are, because “It makes me pukin’ sick!” what homosexuals do. Need I say more?

But this thinking is found in classism as well, where royalty calls itself “bluebloods” and only allows marriage between others of its class — from one’s own nation or another, interestingly — and will not allow its “blood” to be mixed with the polluted blood of the masses and “riff raff.”

University intellectuals have a more “refined” take on this primal disgust: They set up barriers to academic entrance in order to “keep out the unwashed,” without a clue they are coming across like scared fetuses inside a virtual womb (academia) trying to protect their continuing flow of blood (money).

This fetal malnutrition gives rise to bigoted ideas of keeping racial lines “pure.” It insists upon no mixing of the races … or ethnicities … for fear of affecting the gene “pool” (pool of blood), but it is always described in terms of “blood” that will be mixed, tainted, polluted, made impure, or degraded. Can you see how these are all instances of fear of encroachment by another from which one senses a threat of pollution and in conjunction with which one feels suffocated, made helpless, unable to move freely?

More at…   “Pre & Perinatal Psychology & the Prenatal Matrix of Human Events” — 1st half of *Wounded Deer & Centaurs* (2016) by Michael Adzema. (complete book, with my compliments)

— or *Wounded Deer & Centaurs: The Necessary Hero & the Prenatal Matrix of Human Events* (2016) by Michael Adzema. (complete book, with my compliments)

— this is an excerpt from *Wounded Deer and Centaurs: The Necessary Hero and the Prenatal Matrix of Human Events. * Return to Grace, Volume 5. (2016)  by Michael Adzema. 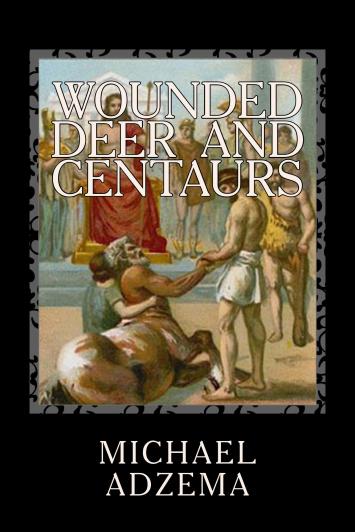 Psychology of Apocalypse: Ecopsychology, Activism, and the Prenatal Roots of Humanicide. Volume 11. (2018)

Apocalypse NO: Apocalypse or Earth Rebirth and the Emerging Perinatal Unconscious. Volume 4. (2013) 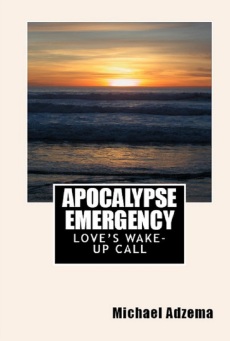 ← Rupert Sheldrake’s morphic resonance theory relates to a new-paradigm vision of evolution. The essence of this new-paradigm view is that the world is basically consciousness or subjectivity and that the material universe is an epiphenomenon of consciousness.
*Planetmates: The Great Reveal* by Michael Adzema (2014) Complete book. Free. Downloadable … angels in Nature bringing tough love and a message of hope →