The Great Reveal from the Planetmates, The Fourth Prasad: Origins of Ego

Human Superiority a Defense Against Actual Inferiority Relative to Planetmates: The Fourth Prasad from the Planetmates — The Origins of Ego 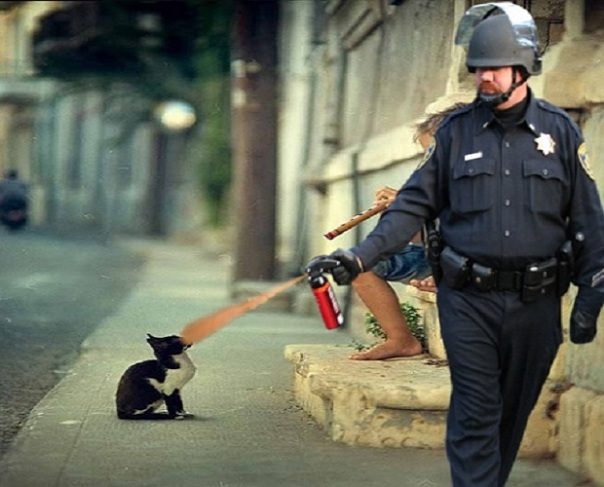 The Discomfort of Being Half-Born Is Covered Up by Inflation of Self and Superiority Relative to All of Nature: Humans Tout Their Flaws as Accomplishments, Say Planetmates

Swan is First Consciousness at The Fourth Prasad.

"[T]his superiority defense against the underlying inferiority feelings is built up increasingly to beat back into the Unapproved and Hidden the nagging reality of your confused, unsteady consciousness."

The Fourth Prasad – Origins of Ego 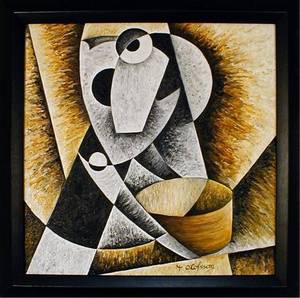 BEING HALF-BORN CREATES INFERIORITY FEELINGS. HUMANS EVERYWHERE REPRESS THIS DISCOMFORT THROUGH INFLATION OF SELF AND AN OVERWEENING SUPERIORITY APART FROM AND AGAINST ALL OTHER BEINGS AS WELL AS THE ALL-THAT-IS, OR NATURE-GOD ITSELF. HUMAN DIFFERENCES, E.G., LANGUAGE, ARE TOUTED AS PROOF OF SUPERIORITY, NOT FLAWED SUBSTITUTES FOR DIRECT COMMUNICATION.

This peculiar trait of being half born is nowhere, among humans, seen to be of any consequence. When noted, it is spun as evidence supporting your belief in your superiority over all others.

But the belief itself was a spawn of that difference of being not ready at birth, dependent and vulnerable, and therefore owing one’s very life to the sufficient ministrations of fully growns.

Nonetheless, this superiority defense against the underlying inferiority feelings is built up increasingly to beat back into the Unapproved and Hidden the nagging reality of your confused, unsteady consciousness.

What follows is a video of a reading of The Fourth Prasad, with commentary, elaboration, and context, by SillyMickel Adzema.

The link above takes you to the audio-only version of my commentary on The Fourth Prasad, exactly as is in the video. Click on the link to go the the audio site, or you can listen to it here using the audio player below.

http://ecdn0.hark.com/swfs/player_fb.swf?pid=ngmswxxwjc
Image of The Fourth Prasad, Of “The Great Reveal” By The Planetmates

Paraphrase/Elaboration of “The Fourth Prasad” — by SillyMickel Adzema

The fact that you are born premature and helpless—far more helpless than any of your other brother-sister species—means you will experience a lack. For if you had the kind of extended development before birth, during gestation, in the loving and perfect arms of Benevolence Itself, as we do, you would have received both the fundamental knowledge we have about ourselves and our relation to What Is as well as the foundation of secure beingness in the world we feel. You would possess the unshakeable confidence we do and the lack of doubt about our actions, the lack of questioning ourselves. But your beginnings—with half … compared to other species … of the development of your brain coming after birth and not under the tutelage of What Is and instead being imprinted with the random and misconceived anxieties and wrong-gettedness of your fully growns—lay down for you instead a feeling of lack. You have a pronounced feeling of unsureness and uncertainty that underlies you all. You feel unstable at your root—a feeling of wobbliness leaving you in desperation for something to prop you up lest you fall … fall where?.. fall somewhere horrible and hellacious, and eventually you feel your existence is constructed over a pit or abyss.

Indeed, it is, in the sense we are telling you. You build all your life above a Void, a vast hole of unknowing.

So in desperation you indeed create such a support for yourselves. You build a false floor beneath your consciousness on which to stand and to block out the abyss you would apprehend otherwise. You will know in a part of you always that there is a seething cauldron beneath you, but you overcompensate for that fear and insecurity, making it part of that floor or false support. Your overcompensation takes the form that, no, you are not weak, helpless, unsure, uncertain, and confused. You tell yourself that you are the opposite of all those things: That you are strong, competent, confident, self-assured, and aware. In relation to what? Well, ultimately it will be in relation to Everything—not just all Nature and all other planetmates but also in relation to others of you. But, for starters, knowing, right from your beginnings, that your consciousness is different from all other planetmates—which is possible because you partake of the same Consciousness that includes us—you will think this is in relation to all other species in Nature. 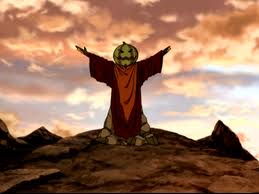 Hence, being born premature creates inferiority feelings in humans relative to us planetmates. And those uncomfortable feelings of inferiority—and the unsureness, confusion, and desperation that come of it—are universally repressed and compensated for through an inflation of self and the creation of a fundamentally precarious and false, but supremely defended, meticulously and elaborately constructed, and massively fortified conception of self, which you call Ego.

Subsumed within this illusion are the rethought conceptualizations of all the contrivances you have created in your desperation to buttress yourself. You are separated from Nature and each other, so you need a way of relating to both, however artificial, indirect, and flawed. You create this symbol system—symbolic meaning it is removed from actuality and only pointing vaguely to it—and you call it language. You develop this schizoid elaboration of this word web which is you attending to the infinitesimal details of a map while ignoring the “territory” it is about—that is to say, your actual reality which is directly before you, ignored. Then, you notice you have this aberration of, this cancerous deformity upon, your being, as a species, and relative to all others, and you conclude conveniently and in accordance with your keeping at bay the true and uncomfortable awareness of you, that you are special, blessed, and superior and, correspondingly, that the rest of Nature is inconsequential, profane, and below you … far below you, in fact.

So, indeed, this knowledge of you regarding your language is a component of the Unapproved and Hidden, which displays what we mean about its not even distantly being included in your understandings anywhere at any time by anyone. For there is not, nor has there ever been, any of you to think that your language, as in this example, is a flawed and inferior, and meager and pathetic in comparison to all other beings, way of connecting with all outside yourself. There is not now anyone, nor has there ever been a human, to conceive that it is anything but proof of an advance or “evolution” over the rest of Nature. And there are consequences and considerations following from this determination of yourselves as “evolved” which lead to that much more and varied elaborations of your delusions relative to yourself. Those delusions and convoluted amplifications of your flaws we will reveal to you as this progresses.

It is not that these flamboyant distinctions from the rest of Nature are not something in and of themselves, that is, in comparison to others of you and other societies of humans. For, compared with themselves or things like them in the world of humans, these differences have substance and a sort of value. One can be learned in words and be more aware and able to discern actual reality than one of you not learned in words, but that is only relative. In relation to actually getting it, understanding Reality, even a learned person is crippled and deluded.

But as all aspects of your ostentatious Ego, the grandiose estimation of these differences between us and you blocks from you the understanding of what might be the alternative to these things … as exists in Nature. You absolutely cannot see the way Nature accomplishes the same things in ways that are simpler, and actually, superior. Indeed, you have no way of seeing your “accomplishments” in comparison to the workings of the All-That-Is or Nature-God Itself, as you have, blinded by the glory of you, blocked It and Its ways from your view. The true ways and designs of Nature are completely invisible to you; they are part of your Unapproved and Hidden.

But remember that all these embellishments of ego are products of that fundamental fact of your difference of being not ready for life at birth and scarred by that. These vanities are the un-wholly spawn of the fact that, being dependent and vulnerable after birth, you are in the hands of less than ideal fully growns and left needy and wanting because of the deprivations you suffer from that. Naturally, added to the motivation for this creation of ego is the extreme anxiety left in you for life out of the fact that, being undeveloped and unready for life at birth, you are also even more unable to handle the pain of the birth itself and so become traumatized by the event, unlike any other species.

So, though this trait of being half-born is deemed an advantage or is never even seen by you, let alone as having any repercussions for you, it results in an uncomfortableness that you can scarcely notice for lack of any experience, at least in this life, with which it can be contrasted and compared. And this underlying dissatisfaction, feeling of something being wrong or lacking, even misery, stimulates the construction of this sense of false superiority in relation to All Nature. This delusion of overestimation of self in relation to all is exorbitantly elaborated and built up in order to not realize what you know about yourself and your unhappiness. This insistent, nagging knowing of your actual reality is used to motivate your endless reinforcement of your ignorance and the creation of the Unapproved and Hidden.

Thus the fact of your confused and unsteady consciousness, though a part of your every waking and even unwaking moment, is made increasingly unseeable, unfeelable, and unknowable, and you replace it with its opposite—an Ego with an overestimation and a false sense of clarity, sureness, power … and increasingly, as we will help you to understand, entitlement.

Continue with The Great Reveal from The Planetmates, The Fifth Prasad: Your “Wordism,” A Word Cave Prison

Return to The Great Reveal from the Planetmates, The Third Prasad: Humans Only Half Ready for Life at Birth

To Read the Entire Book … on-line, no cost at this time … Go to The Great Reveal from The Planetmates