Kaleidoscope of Postmodern Life, Part Fourteen: Blind Hope vs. Real Hope … Chiron Is Martyr for The Sins of the Fathers 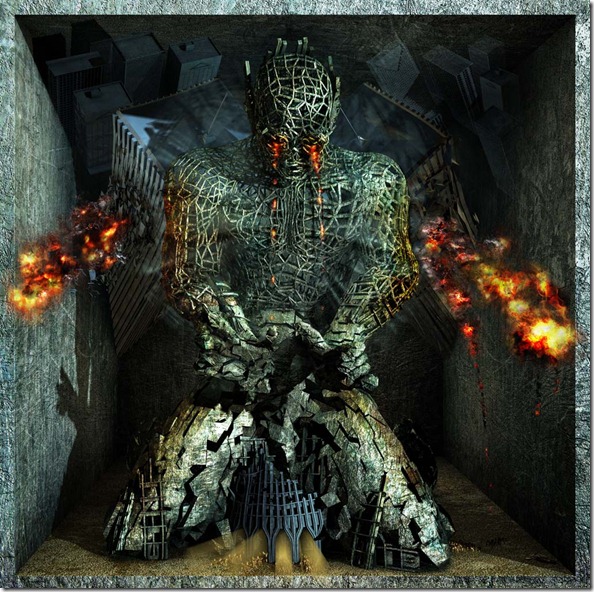 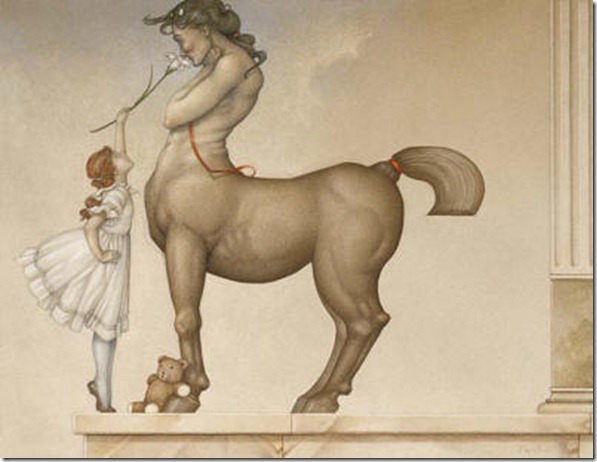 Another aspect of this is that Prometheus is said to have “caused blind hopes to live in the hearts of men.” Indeed, we are also now seeing how blind was our reliance on technology and the vaunted but vain “rational mind”—which has now been seen to be a rationalizing mind. 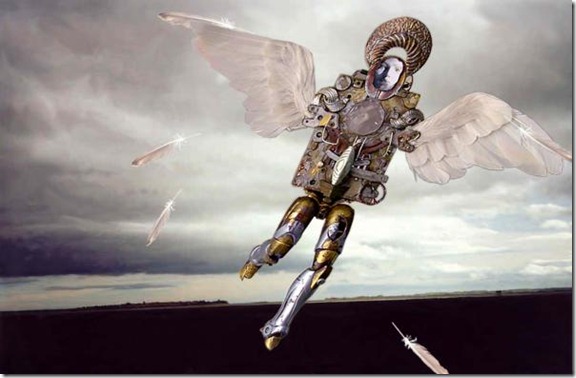 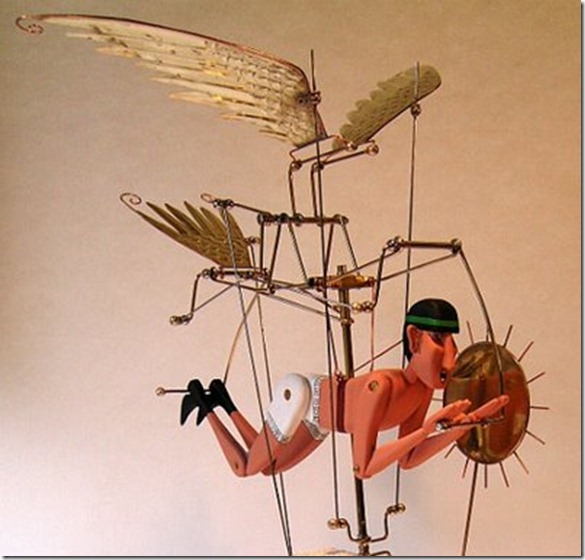 For we realize this self-congratulatory thinking has been keeping out uncomfortable truths and building illusory, manic Atman projects of escape from the consequences of our actions. None of which, we are now finding out, are capable of working. 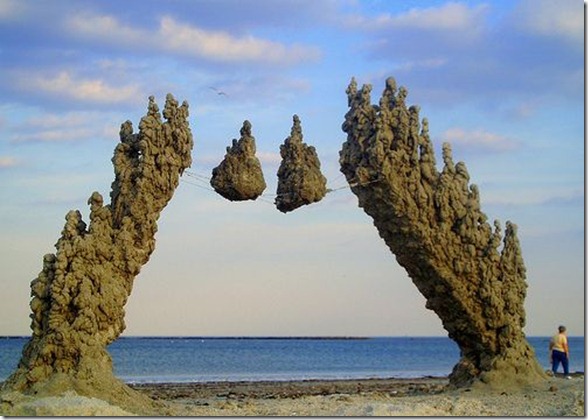 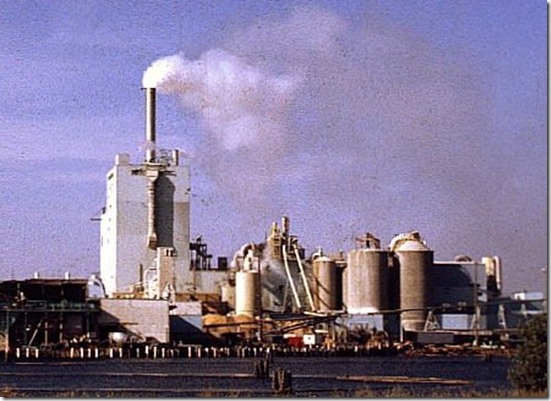 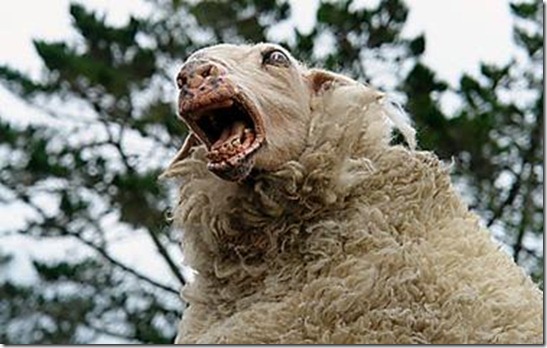 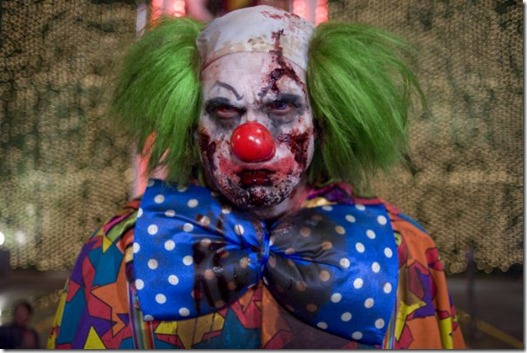 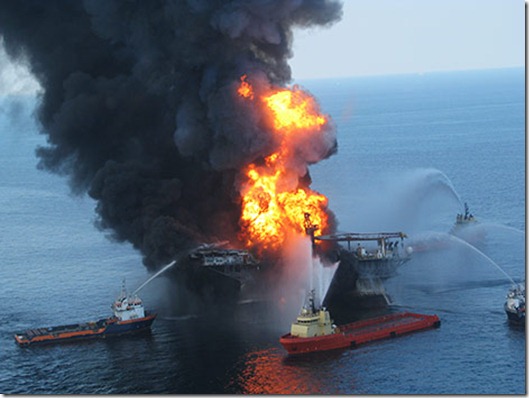 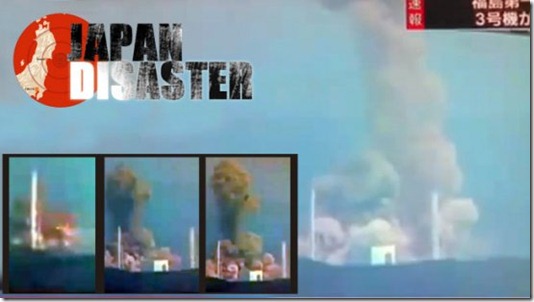 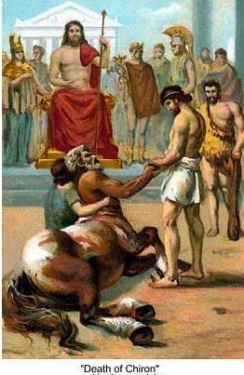 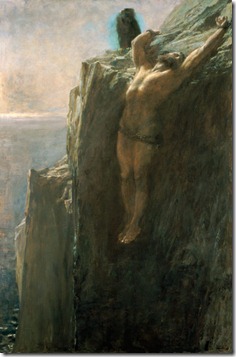 But to jump ahead. There is hope in the Prometheus myth as well. There is shown a way forward for humanity, which at this particular time in history appears to have been prophetic. For Prometheus is saved from his sufferings by the Centaur, Chiron. Chiron sacrifices himself—Christ-like—taking on Prometheus’s suffering and dying in his stead.

Return to The Centaur

The Centaur — half human, half animal — does not, like Icarus, paste on wings and try to separate from groundedness in the Earth. No.

Centaur qualities are earthy, sensual, sexual. They embrace the noble qualities of 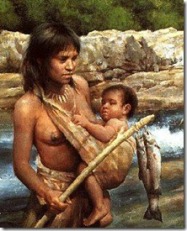 the horse … reminding us that as primal beings, early humans, we were noble humans … as they say, a bit ethnocentrically, “noble savages.” We once stood, sure-footed and tall, and we walked confidently upon the Earth, knowing we belonged here. 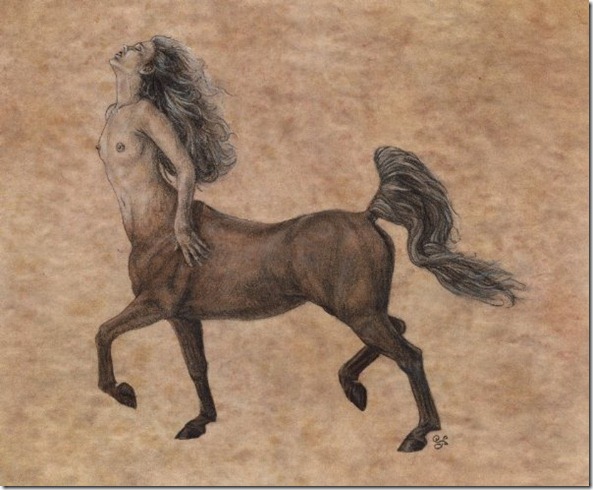 Wounded Healers, Shamans, Gardeners of Consciousness, Poets … Brave and Foolhardy Journeyers Into the Unapproved and Hidden

Traditionally associated with intoxicants and with the bacchanalian, centaurs can see into other realities, nonordinary ones. They are open to altered states of consciousness. They are not averse to looking into their deeper natures, their “undersides,” their unconscious; that is how they came to be 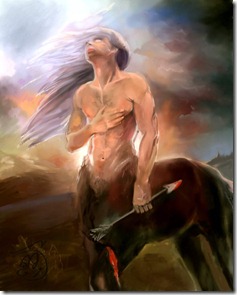 one with Nature in the first place.

Indeed, Chiron is also known as the wounded healer and is associated with the shamanic. Being, like Chiron, healers, centaurs are skilled in both physical and mental health. Thus they are wholistic and psychotherapeutical. They are philosophical. Plato was one. Walt Whitman was one. They are poetic.

Mystics, Scapegoats, Natural … A-mused and A-musing Not Deluded and A-mazed 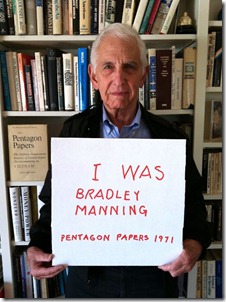 They are scapegoated, like Chiron was, for the sins of society, and in modern times they have scornfully been referred to as “hippies” and

“beatniks” — but they include the bohemian types of all times. Being rooted in a more fundamental nature or reality they are mystic. Jesus was one. Following a “different drummer,” as it were, they are the Wayseers.

Connected to the real source of truth in Nature and the Divine,

they are in touch with their muse … and are both a-mused and a-musing…but they are not into the maze of culture, the matrix, they are not fooled or a-mazed.

The Centaur is completely in tune with her

and his planetmate-nature, the Divine and Natural 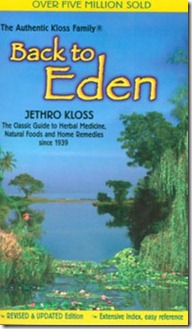 order—as in the Jungian and mystic understandings of individuation as being a re-uniting with a fundamental and earlier reality — returning home, humble and prodigal-son like. 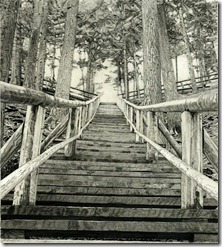 This is the opposite of most folks who spend their lives seeking to vainly build stairways to heaven, Towers of Babel to the divine, to be muscular Nietzchian supermen, or to struggle up Wilberian ladder-style paths for imaginary achievements and to an understandably elusive “enlightenment.”

We Are the Centaurs, My Friends 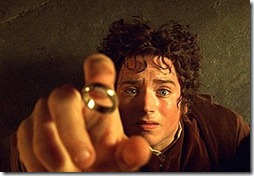 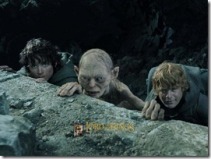 thereby stop the Promethean cycles of

suffering going on for millennia. We need to, like Chiron, take upon ourselves the “sins of the fathers.” As Tom Waits sang it, “I’m gonna take the sins of my father (mother, brother, sister), down to the pond…I’m gonna wash them.” 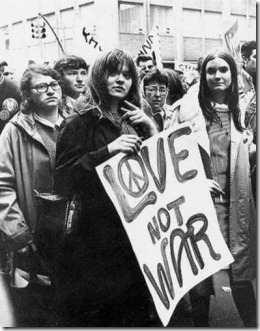 Exactly that. We must make the heroic sacrifice of taking inside ourselves those perennial urges to act out on others what was done to us. In environmental terms we must make the sacrifices of lowering our standard of living

and cutting back on the lavish appetites and lazy indulgences fed

by excessive technology, cultural trinkets, and superfluous commercialism, which other generations were allowed to take to the limits of their times. For if we do not, then there will be very little left for future generations—assuming there’ll be any. 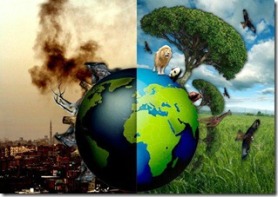 These cultural “achievements” — wrought of burning of fossil fuels, release of fiery energy from the atom, and despoiling of natural resources — all of them in some way rooted in the theft of fire long ago,

which started it all, must be let go of. We

must refrain from being driven by these addictions and substitutes for actual felt experience, take the “fire” within instead of burning it up without.

physical terms we must bring those excessive urges home within ourselves and ground them in Nature, bring them back into our physical bodies, we must be Centaurs. And within our bodies experience the discomfort of such a monumental millennial turnabout.

So, no. This is not easy or comfortable.

Continue with Real Hope Lies in Pandora’s Jar and Return of the Centaur … Since the Last Time Was 1961, It’s None Too Soon: 21st Century and Its Discontents, Part 15

Return to A Re-Visioning of “Civilization” in Light of Impending Apocalypse … Prometheus Made us “Civilized” … And Doomed: 21st Century and Its Discontents, Part 13 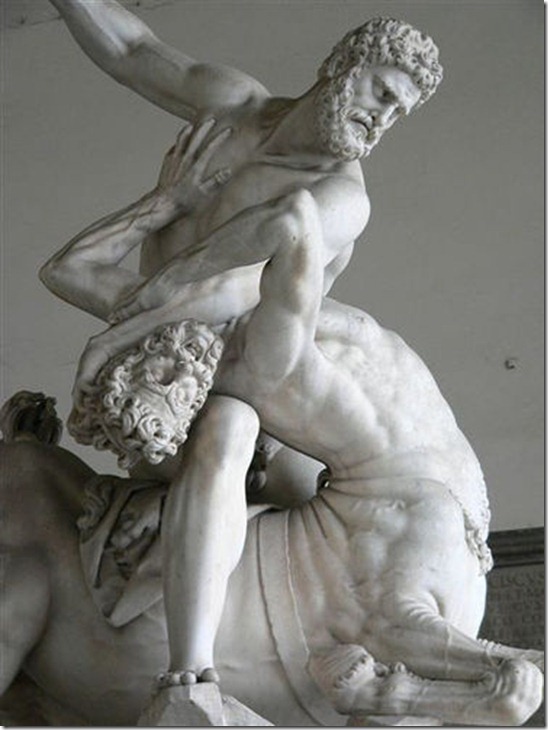 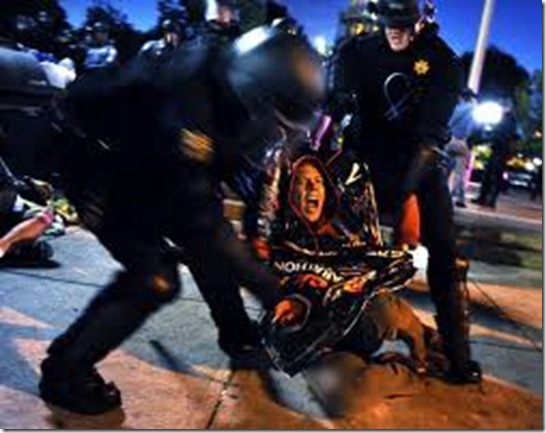 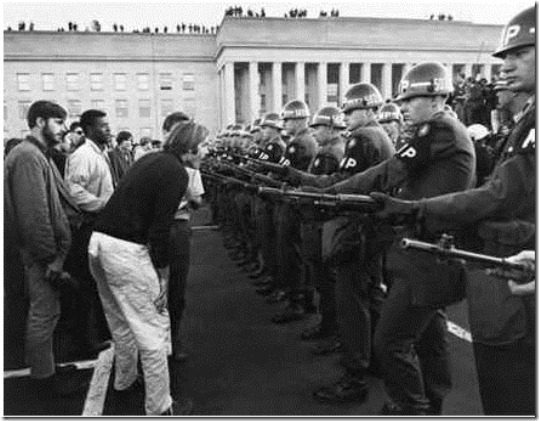 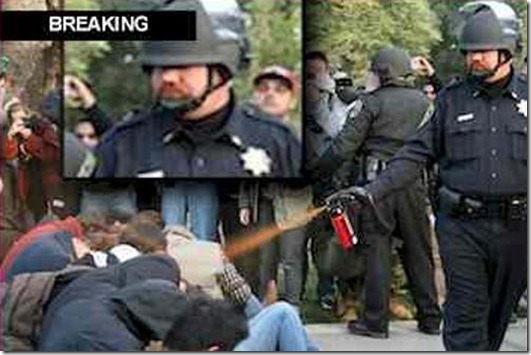 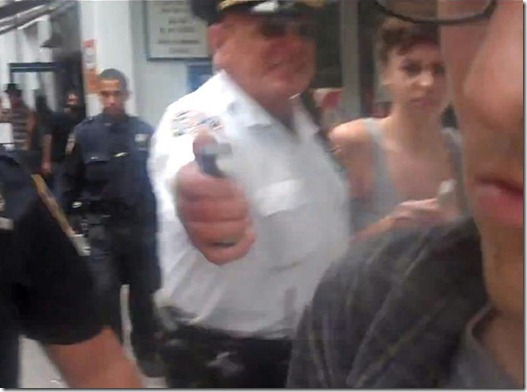 No. Not easy or comfortable.

Continue with Real Hope Lies in Pandora’s Jar and Return of the Centaur…Since the Last Time Was 1961, It’s None Too Soon: 21st Century and Its Discontents, Part 15

Return to A Re-Visioning of “Civilization” in Light of Impending Apocalypse … Prometheus Made us “Civilized” … And Doomed: 21st Century and Its Discontents, Part 13