“…when one is reversing the trance state … one goes through a shock”: The Experience of Becoming the Greater Self 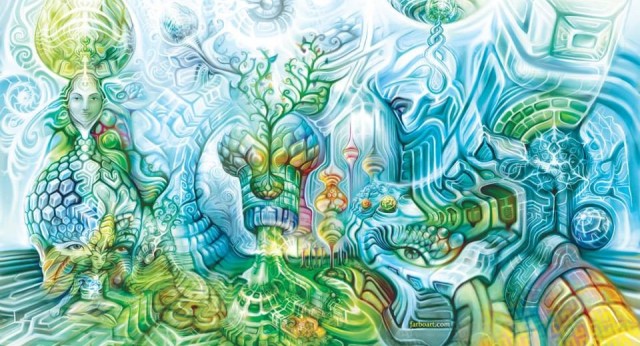 “…when one is reversing that trance state … indeed, right now, for you, this might be occurring … and this message is the equivalent of the red pill for you … one goes through a shock, as the crutch of culture is removed.
“Leaving aside the fact that in this space, this liminal one, your early deprivations can be felt and healed, still in the beginning this is a horrifying vision of unreality, emptiness, and meaninglessness. One feels that one is seeing deeply into the nature of reality and following it down to its foundations and they are … nothing. One might have the sensation of dissolving, of becoming de-atomized, or of melting. One certainly feels like one has lost all bearings and supports and cannot “hold oneself together,” any more. One might have that oh-so-dreaded feeling that one might be losing control of oneself, be going “out of control.” One might feel one is going to soar off into space, that having completely lost gravity and one’s connection to Earth one will be thrown or sucked back into an endless, random Universe. One often feels like one is falling.
“One feels like one is falling, falling, seemingly endlessly and into a darkness, a Void, an abyss. One might say that one is looking into an abyss or Void, and one feels vulnerable. One often feels open to outside energies and conceives of these negatively as being devils and demons, or simply negative energy … all of which these most certainly are not. They are simply the repressed and unapproved aspects of one’s own experience arising to be integrated again in the Universe’s perpetual movement to become whole again … and this time through you.
“This experience has been described by shamans down through the millennia as being cut up into many pieces. It has been called depersonalization, by your modern psychiatrists. It has also been called identity loss, and the event has been termed an identity crisis, by psychologists, at times; at other times, a breakdown … the old fashioned-term being, a nervous breakdown — which terms, by the way, misunderstand the break *through* quality of the event simply out of the fact that it is not experienced as pleasantness. Indeed, one will often fear one is “going insane,” or is going to “lose one’s mind.” Later in life it might be contained within the experiences of the mid-life crisis.
“What it is, however, is simply the vision of the emptiness behind all actions and events in one’s life. It is the apprehension — however clearly or not one understands it as emanating from infancy and birth — that all that one does is a product of truly inauthentic forces within oneself. It is a perception that everyone and oneself are like windup dolls, or robots, mechanically acting out directives from another place over which one has no control, regardless how insistently one had been previously that one had that control and “free will.” It is, however, only the collapse of the shell in which you existed; it is its disintegration and falling away as you become the greater self, beyond Ego, that you are capable of being….”
– from  “Funny God: The Tao of Funny God and the Mind’s True Liberation”
http://www.amazon.com/Funny-God-Minds-Liberation-Return/dp/1499504845/ref=asap_bc?ie=UTF8
#transpersonal #spirituality #madness #shaman #egoloss #follow #tsu #experience #awakening #mysticism