Facts We Don’t Want to Look at, Which Will Kill Us – Dr. Helen Caldicott on Fukushima and the Perils of Nuclear 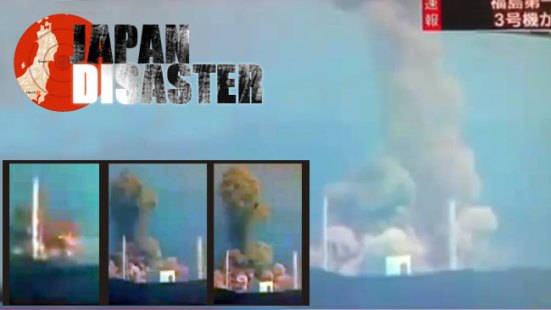 Over one million have already died from Chernobyl, says Dr. Helen Caldicott. Also, she says deaths from Fukushima will be far greater. It is already one hundred thousand excess deaths in North America. It will go into the hundreds of thousands, minimum.

She says a few days after Fukushima, “I got this horrifying, horrifying vision, feeling that this was like descending into hell. And that there’s nothing anyone could do about it, or will be able to do about it. And that the results are irreversible.”

The nuclear industry is a front for the weapons industry.

The nuclear industry is banking on the fact that “solid” cancers will only be showing up in extraordinary amounts in twelve to sixteen years.

Dr. Caldicott has been an expert in this field for many years and has written a number of books on it.

Australian physician, author, and anti-nuclear activist Helen Caldicott discusses with Earth Focus correspondent Miles Benson what the Fukushima disaster really means for the health and future of the people of Japan. Dr. Caldicott also explains the links between nuclear power and public health in the United States and Europe. Dr. Caldicott received her medical degree from the University of Adelaide Medical School. In 1977, she joined the staff of Children’s Hospital Medical Center in Boston and taught pediatrics at the Harvard Medical School from 1977 to 1978. She served as President of Physicians for Social Responsibility, an organization of 23,000 doctors committed to educating others on the dangers of nuclear energy from 1978-1983. She also worked to establish similar groups focused on education about the risks of nuclear energy, nuclear weapons and nuclear war. One such group, International Physicians for Prevention of Nuclear War was awarded the Nobel Peace Prize in 1985. She is the author of seven books including: Nuclear Madness (1979); Missile Envy (1984); If You Love This Planet: A Plan to Heal the Earth (1992 and 2009); The New Nuclear Danger: George W. Bush’s Military Industrial Complex (2001 and 2004) and Nuclear Power is Not the Answer to Global Warming or Anything Else (2006). The Smithsonian Institution named Dr. Caldicott as one of the most influential women of the 20th century.

This is how I feel about those who want to quibble over the figures of the ongoing apocalypse upon us from Fukushima (which is only one of many we need to face, as my readers know).
I believe this discussion is like arguing over the size of the kitchen table while the house is burning down. I encourage everyone to do their research. As Caldicott said, the nuclear industry is banking on us not waking up until the solid cancers show up in 12 to 16 years. But people have already died and are dying in droves.
People who would be alive except for Fukushima…”excess deaths.” And you could be one of them, more soon than you want to believe. It is up to you whether you want to face it or not. I have no stake in this.
There are many who are courageous enough to face this. I’ll let others deal with the folks in denial. We don’t have time for that. We’ll try to save them either way. We don’t require any fucking “conversion” on this or anything. I’m getting nothing out of this but the feeling of doing the right thing in an emergency (mixed in with the slings and arrows from those who attack because they are terrified of knowing).
http://apocalypseknow.wordpress.com/2011/12/19/fukushima-alert-apocalypse-now/