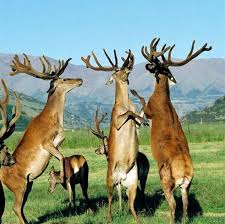 The Eleventh Prasad, of “The Great Reveal” by The Planetmates

Goat Was First Consciousness at The Eleventh Prasad

Once you started hunting planetmates for food and killing your own out of fear of scarcity of resources, the next step towards ever more control of what Nature/the Divine provide naturally was facilitated. In terms of the well-being of planetmates, the planet, and the survival of humans, this was the direst development.

Borne of increasing lack of faith in Divine Providence, you next expressed your impatience with the divine flow by controlling the vegetarian side of your food resources by instigating horticulture. Through horticulture you extended your control — we would say interference — in Nature’s perfect ways by deciding what, when, how, and where to grow the Flora Empire of Earth Citizens.

About 25,000 years ago, increasing numbers, though not all, of your kind took over the divine plan for these Earth-rooted beings. You determined their life cycles and fates and set them to your ends, rather than Nature’s ends. You call this “the agrarian revolution.”

The Tenth Prasad, of “The Great Reveal” by The Planetmates