Wars, Imperialism, and Why We Live in “Human Zoos”: The “Crowded” Feelings of Late Gestation—BPM II—and Their Political and Environmental Expressions: Kaleidoscope of Postmodern Life, Part Six 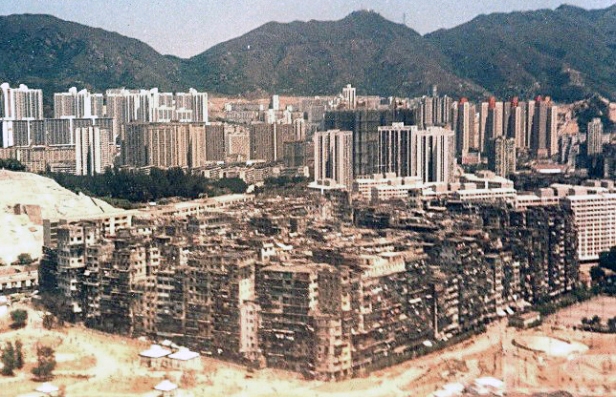 Imprinted in the Womb for Wars of Expansion, Deforestation, Cities, Imperialism, and Road Rage—Crowded—”Back Off!”: 21st Century and Its Discontents, Part 6

Can’t Move Freely – “Back Off!”…Cast Out of Heaven, Driven Out of Eden

The primary thing fetuses experience in the final stages of gestation is compression, crowdedness. We can no longer move in an uninhibited way. As we get increasingly larger, the womb seems to press in us, as prenates, from all sides, restricting our movements, suppressing our freedom. It “won’t let us do what we want to do.” I discussed this in a previous section and how we manifest it through overpopulation.

This is quite a contrast, ever more stark and blatant as we get closer to actual birth, to the earlier euphoric feelings of all the rest of our lives at that point—that is to say, the previous seven-eight months of our lives since conception. This oppression from an an overwhelming and pervasive Other is shockingly different from the unrestrained movement of the not long ago, with its gravity-free ecstasy, and blissful unity with an Everything which was not at all threatening but just the opposite: supremely helpful, nurturing, and kind in the most perfect way. We remember the previous “golden age” and its easy, “heavenly” existence. This new existence feels like we have been driven out of Eden, cast out of heaven, and now must struggle and earn survival through the “sweat of one’s brow.”

I mentioned previously how our activities like gymnastics, flying, and skydiving are reactions to these uncomfortable feelings; they are attempts to run away from this discomfort as we continue to re-experience it as adults. I explored how we re-create and re-stimulate those blissful feelings in us through adult experiences of weightlessness, swimming, dancing, surfing, hot tubbing. I need to add loving sexuality to that—particularly in its re-stimulating blissful memories of re-union with an Other who is all-accepting, all-embracing, and eminently kind. I have explored how we seek resolution of these uncomfortable feelings through mosh pit “rebirthing” and warm water “rebirthing.” I need to add to that the seduction of the experience of being religiously “reborn.” [Footnote 1]

I wish to add now, since it becomes especially relevant to what follows from here on, the specifically environmental and especially political aspects and act outs of these early uncomfortable feelings.

Politically, As Nations – Wars of “Expansion”

Politically, as adults we feel we need to push back “lines” of the enemy, to fight off “oppression” (compression), to go to war. We act this out as nations through wars of “expansion” and through “conquering” of new territories…through imperialism. We are always pushing back lines of encroachment from some “enemy”…creating and then railing against the opposition on these “front lines.”

We re-create the switch we experienced in the womb from easy existence to struggle and discomfort by “spoiling” our peace and going to war. No, it is not smart; but it is what we are driven to do because of these patterns from our earliest experience.

The point of knowing all this…the reason why I am writing this and sharing this information…is because knowledge of these irrational tendencies is the most important and necessary step in discontinuing them. We can only have hope for our children in going beyond these tendencies in us of tens of thousands of years and longer through actually facing and coming to terms with the absurdity of our “normal human” pursuits…like war.

Environmentally – “We Paved Paradise; Put Up a Parking Lot”

We act out these same feelings just as illogically and self-destructively in our behavior in regards to the environment. Remember that, as prenates, the “environment” then was felt to be encroaching and blocking our easy movement. So, with these feelings now deeply ingrained in us as something we call “human nature” we hack back at actual Nature and push it all away to “make room”…excessive room…for ourselves…while conversely we make sure we will continue to re-stimulate these feelings through overpopulation, city life, dense and crowded neighborhoods, and traffic jams. [Footnote 2]

We put ourselves in human zoos and struggle with our neighbors over “boundary lines” and where fences should actually be placed…we gather on freeways with their traffic jams and experience “road rage” at the same time as fighting back against the feelings these situations create through inane environmental undertakings: We remove and destroy all trees to make an empty space, though we add trees after the fact. Doesn’t that strike you as a bit queer?

Environmentally, we destroy forests, we pave over Nature so that we can have huge houses and lawns (the bigger the better…we want more “womb”) and speed around (the faster and more nimbly the better) uninhibitedly in our cars (auto-mobile…free moving self…part of self capable of moving freely)… we cut off others in traffic and feel trapped (encroached upon, constrained or suppressed) by drivers that cut us off and don’t let us “in” (move freely)…thus road rage

Conversely, we take solace in speeding (though we risk tickets) and we take pleasure in watching racing and race car drivers and stunt drivers; also airplane and jet stunts and air shows and fighter pilots and jets.

Next: Our Repetitive Struggles to “Breathe Free”

We will continue looking at the ways we act out our early imprints and how we can actually stop continuing this self-destruction which has now reached an apocalyptic peak. But now let’s turn to another terrifying feeling we carry over in us from that hellish time as prenates, which we act out, politically and environmentally, in disastrous ways. We look now at the horrifying feelings of oxygen starvation—gasping, suffocating, and feeling stifled—and the crazy things we do to “breathe free” again.

Continue with Oxygen Starvation and the Oliver Twist Economies We Are Imprinted in the Womb to Insist Upon…Prenatal Capitalism: 21st Century and Its Discontents, Part 7

Return to Blueprints of Human Nature and Four Earliest Roots of War, Bigotry, and Pollution: 21st Century and Its Discontents, Part 5

1. I differentiate between legitimate attempts at birth pain resolution—primal therapy, holotropic and other breathwork, water and breath “rebirthing”/vivation, and mosh pit “rebirthing”—from false ones like being religiously “reborn” or otherwise experiencing a “second birth” as in some social initiation. In the first instances, there are continual attempts to resolve something that needs such attention and in fact can never be fully resolved. In the second instance, there are actual feelings of rebirth, when one is religiously reborn; it is true. I know. I experienced it as my first experience of rebirth forty-four years ago.

The problem with religious “rebirth” has to do with this idea of trying to recapture ever afterward what is essentially a one-time experience and yet taking steps to insure no further such experiences or transformations will occur. One loses the feeling, feels “sinful” again (see upcoming posts on the BPM II elements of “bad blood” and “dirtiness” or see the overview in the previous post) and because one has barely touched it, let alone resolved the pain, needs “saving” over and over again, futilely. The fact that is not really resolved is proven in that the proponents of religious rebirth need to convert others to the experience in order for them to feel they have achieved it; this would not be necessary if one had. Further, the other components of birth pain seem to be more, not less, prevalent after religious “rebirth.” One feels “sinful,” “dirty,” and that others are “dirty,” “defiled,” “filthy,” “unwashed,” “toxic,” “impure,” and more. Again see upcoming posts for details.

So it is not that religious experiences of being “reborn” are not legitimate and part of a psyche seeking healing and growth. It is that the experience is hung on to, looked back on; one is stuck in it. One says Christ will do it for one (He has died for one’s sins), so one does not have to experience the discomfort of facing these pains and discomforts from the womb oneself. The experience is institutionalized and never experienced again, though one surrounds oneself with true believers affirming the opposite, along with this idea that one does not have to suffer again…Christ has done it for one; or one can confess sins and the priest will take care of it…and so one is distracted from the discomfort that precedes any more growing or being born or transformed any further. As I like to say about such glancing experiences of real truth: Yes, it’s legit. But don’t make a fucking religion out of it.

Worst of all, the institution or social group takes over and restructures one’s self along the lines that will benefit it, not oneself, so one is not reborn into one’s real self but into an inauthentic fabrication benefiting some manipulative social group—Marines, evangelical group, secret society, ethnic group, or simply the normal adult neurosis of one’s culture.

2. As concerns creating the situations that bring up these early discomforts, as in unconsciously being drawn to create traffic jams, notice as I have, when you’re driving, how often folks will have two or more lines to go to, in traffic especially but sometimes in retail establishments as well, and will line up behind each other in one line, foregoing the empty ones. Not everybody does that; but explain the ones creating that line…what is driving them to act like lemmings and feel restrained when they could have it easier? This is not restricted to queues however, as we will see it is a metaphor for human irrationality rooted in these imprints.

Continue with Oxygen Starvation and the Oliver Twist Economies We Are Imprinted in the Womb to Insist Upon…Prenatal Capitalism: 21st Century and Its Discontents, Part 7

Return to Blueprints of Human Nature and Four Earliest Roots of War, Bigotry, and Pollution: 21st Century and Its Discontents, Part 5