A Supremely Defended Ego Is the Aim of Modern “Sanitized” Spirituality: Ego Weak Mystics and Shamans … the “Holy Fools” of Mystical History Would Be Medicated Today 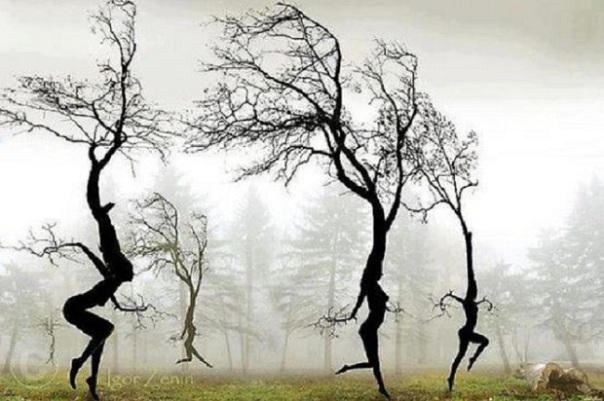 High Self Esteem (Positive Thinking) Distorts Reality for Temporary Pleasantness … High Self Regard Involves Openness to the Unpleasant: Stormy Path to Self, Part Three 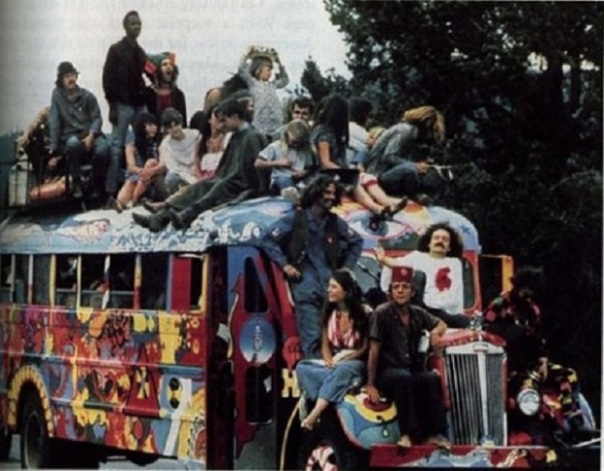 In a more recent work, John White (1990) continues Ken Wilber’s mistake in not realizing that the sharp distinction between the sacred and the profane that we observe today is a product of recent history.

While White refers to early mystics in making his case for what a unitive state of consciousness entails, he does not seem to notice that these people, in terms of his proposition of developing a fully functioning ego as a necessary prerequisite to transpersonal realms, would not only fail in this regard but that by his criteria the kind of odd and extremely eccentric behavior of holy people in the past would be considered insane.

My point is that in neither White’s nor Wilber’s limited Western viewpoint is there any allowance for that kind of “regressive” behavior on the spiritual path. I quote Feuerstein (1991) as an antidote to this omission:

It is true that when we look at crazy adepts like Drukpa Kunley or Nityananda, we see phenomenal feats of renunciation. But we also see behavior that, certainly in the eyes of a psychiatrist, at times borders on the neurotic, if not psychotic. Some of these holy fools have in fact wondered about their own sanity. The saintly Ramakrishna, teacher of the world-famous Vivekananda, is a case in point. For a period of time he ceremonially worshipped his own genitals, and on other occasions he installed himself on the altar of the temple where he served as head priest.

Such behavior is certainly not “normal.” Nor is sitting on garbage heaps or sexually fondling women and girls, as has been reported of several contemporary Hindu adepts. (p. 21)

Thus, I re-iterate, as White (1990) himself points out (p. xxiv, he says “I elaborate on this central point throughout the book”), central to White’s argument that we are evolving into a new species of human at this time in history is that the characteristic Western ego “development”—one could as easily say (and some have said)—”ego-dissociation”—is a necessary prerequisite to higher consciousness. Thus he marshals in, to support his proposal, the concept of the “fully functioning ego” which Wilber has unfortunately popularized.

What these transpersonal theorists are claiming then, in deference to mainstream psychology which is dominated by ego psychologists, is that a fully functioning ego is necessary to develop before one can go on to transpersonal pursuits. My research and experience, confirmed by that of Stanislav Grof and supported by the theory of Michael Washburn (1988) and others, tells me they are wrong in this espousal and that in fact what they are talking about developing is merely a supremely defended ego. It seems that what they would wish to develop is high self-esteem as a prerequisite for higher consciousness.

Self Esteem Versus Self Regard

Furthermore, research by Gergen and Marlowe (1968) points out that there’s a difference between high self-esteem and high self-regard.

Essentially, high self-esteem involves the use of defenses that deny and avoid aspects of reality, whereas high self-regard is based on an openness to and acceptance of those same kinds of unpleasant aspects of reality. Self-esteem and the fully functioning ego is based on distortion of reality and falseness relative to the Self; high self-regard is rooted in painful and not necessarily so functional acceptance of reality in its dark and light, pleasant and unpleasant facets.

Attunement with the Higher Self Involves a Diminution of the Ego, a Reduction of Ego Defenses

Similarly, there is a difference between what is often called ego strength and what is meant by the fully functioning ego. For ego strength, as Erikson (1968, 1985) uses it for example, is really a consequence of being in tune with the higher self, which is in fact not ego strength at all. On the contrary, this kind of attunement with the higher self (or Self) represents a diminution of the ego, a reduction of ego defenses.

Going back historically, what is noticeable about mystical adepts (not always their followers, interestingly—see Hesse [1930/1968], for example) is their lack of ego, often from a very early age, and how they are closer to their mystical promptings because of this. This pattern also relates to creative people and the process of creativity. For creative people from all times quite often exhibit this poorly functioning ego that has often been associated with mystics. Because of this, people are familiar with the connection between madness and genius as well as the one between madness and mysticism. (See Erikson, 1962.) 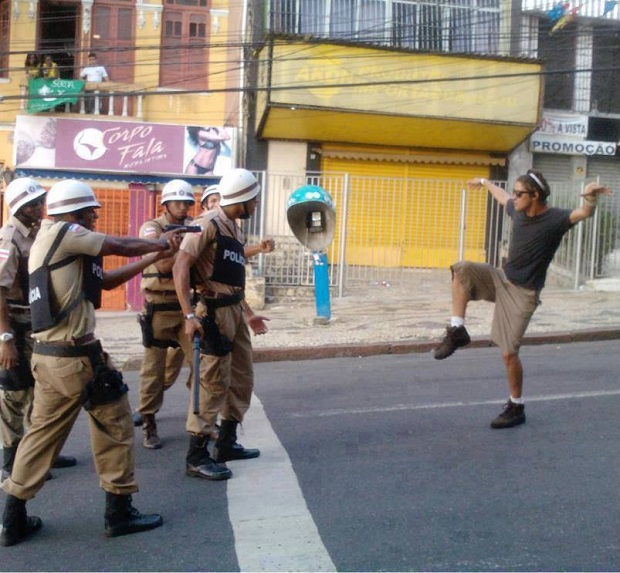 “Fully Functioning Ego” Actually Precludes, Rather Than Precipitates, the Mystical

An Anal-Compulsive Control of Inner Life

One begins to suspect that what these transpersonal theorists and their legions of followers are really saying is that they really do not want to surrender to mystical promptings or to surrender to the Divine.

Affirmations, Ritual, and the Like Are Capitulation to the Controlling Ego and a Flight from True Spiritual-Mystical Surrender

What this kind of thinking says about these erstwhile spiritual adepts is that they want to continue to do their controlling; they want to continue to do their affirmations; they want to control their inner life. Certainly there are fear reasons why one would want to avoid the path of spiritual surrender and would wish to carry one’s controlling and defensive ego over with one into the transpersonal realms. And the devolutional model helps us to see the very deep roots of that fear and makes this entire transpersonal gambit quite understandable.

Worst of All, These Beliefs Have Roots in Racism and Western Supremacism

Still, the dictates of truth, and of real spirituality, require that these fearful prescriptions and their illusion-weaving proselytizers be spotlighted for what they are. For it is bad enough when one is self-deluded. It is purely unacceptable when one seeks to foist one’s ego defensiveness onto the spiritual pursuits of others. It is worse still when institutions, such as the psychiatric and psychological, are reinforced in their antiquated and soul-destroying methods by such efforts and beliefs. And it is worst of all when these beliefs support the kind of unconscious racism and denigration of other-than-Western-cultures that has caused so much suffering historically.

Continue with A Mystical Machismo Has Invaded Spiritual Thinking: Whereas Surrender Spiritualities, Believing in Ultimate Goodness, See Controlling as the Problem

Return to “Crazy” and Transcendent Are Not Opposite as Ego Psychologists Conveniently Proclaim: Have Western Puritanical Beliefs Infected Transpersonal Psychology? 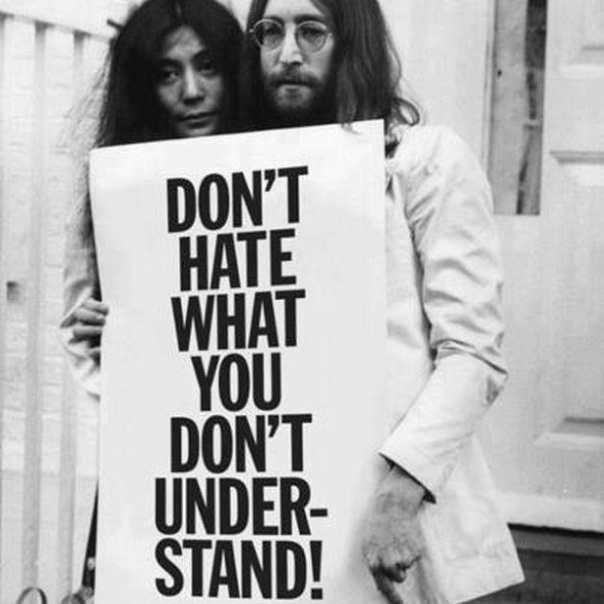 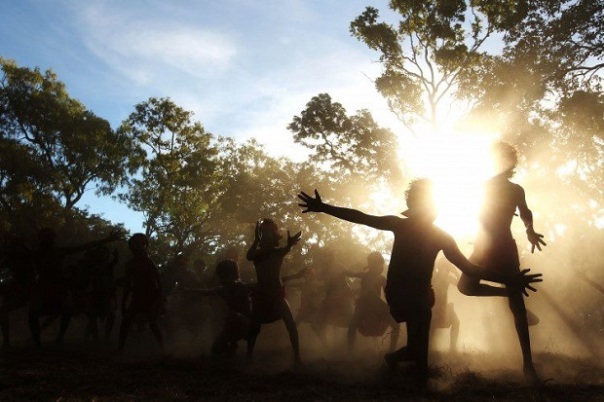 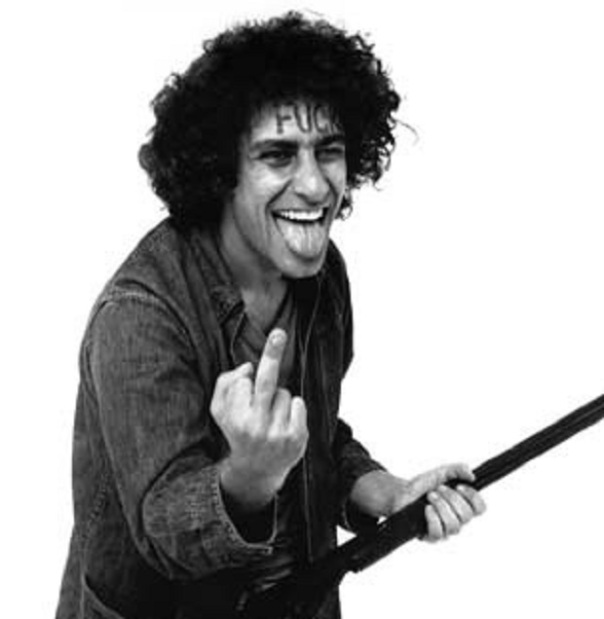 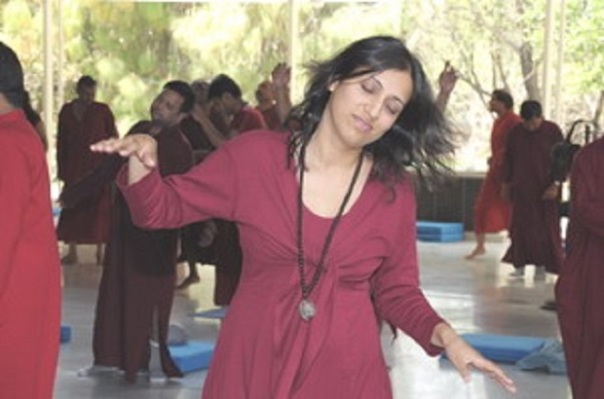 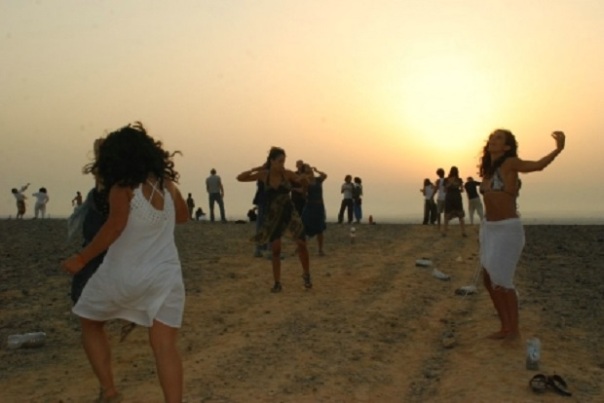 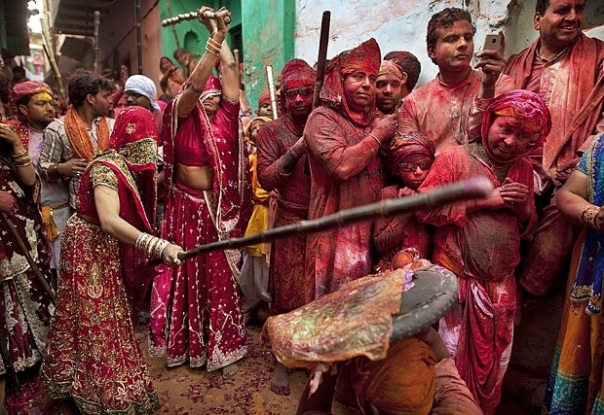 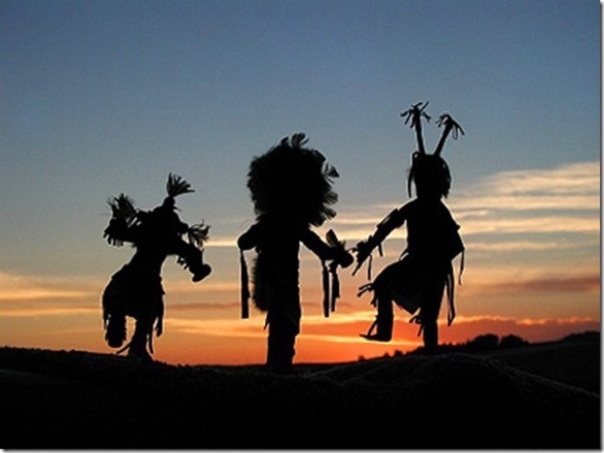 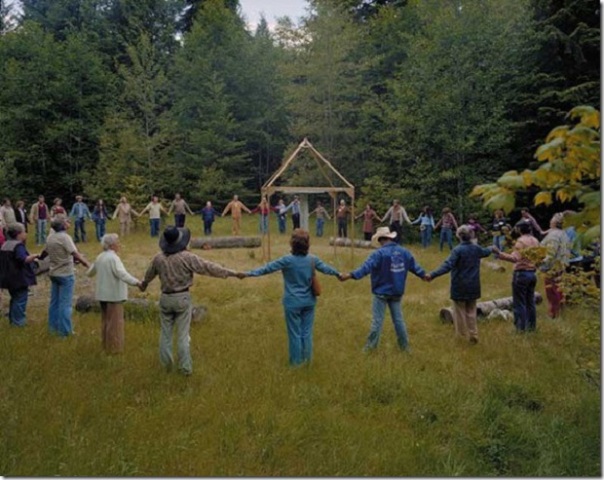 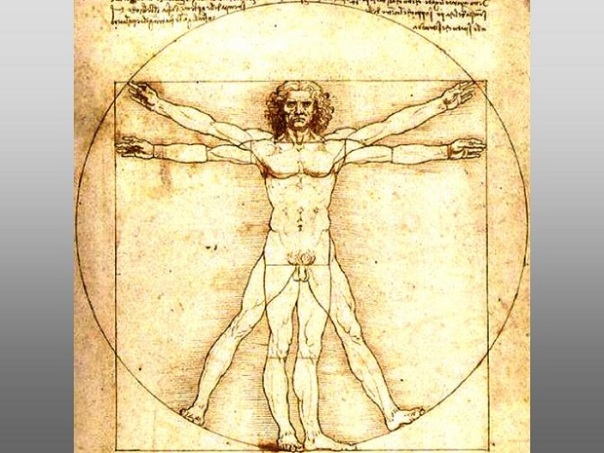 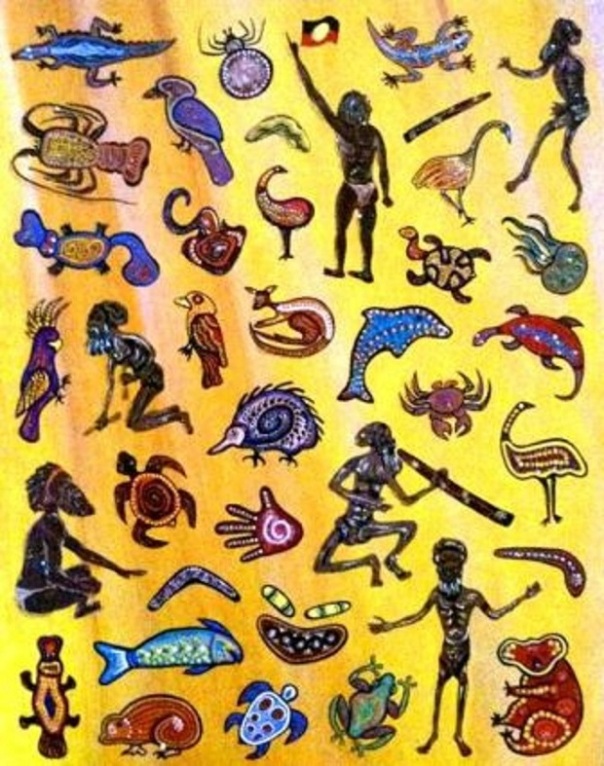 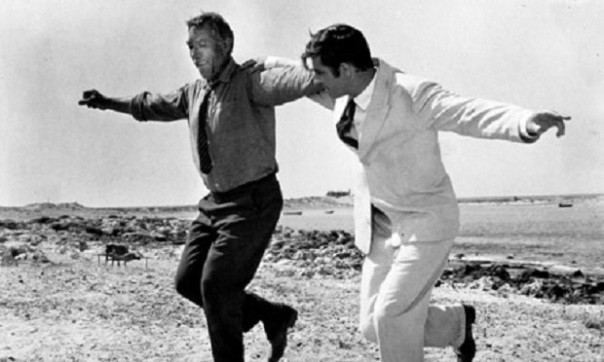 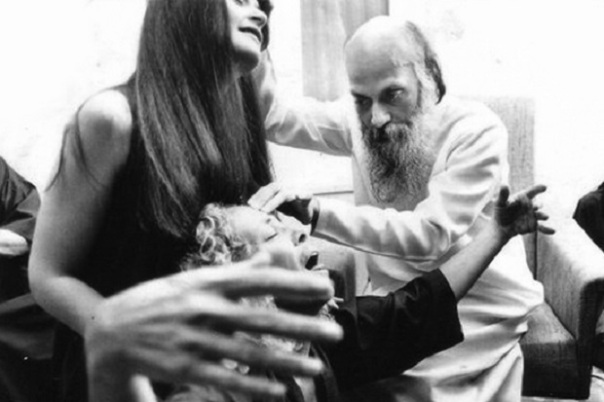 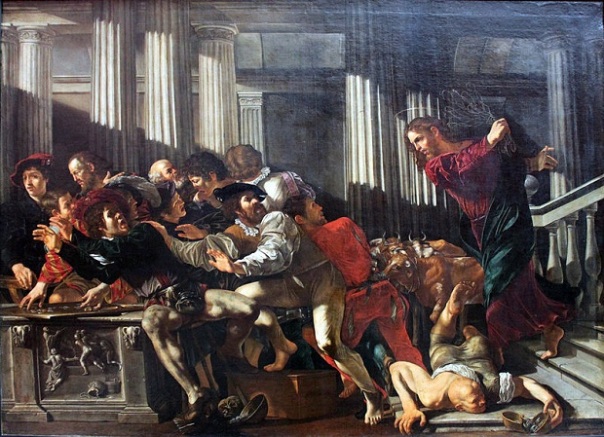 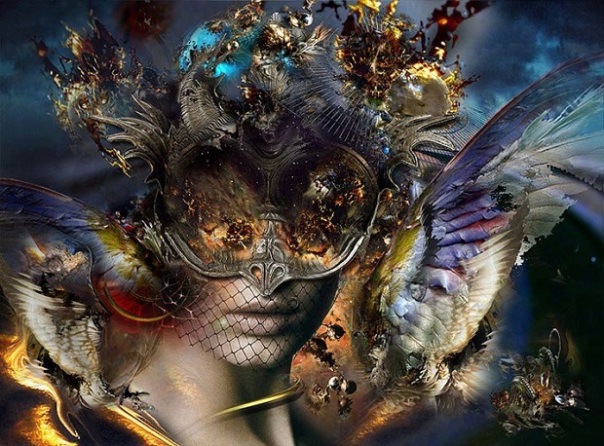