Kaleidoscope of Postmodern Life, Part Twelve: Deep Thoughts on The Fall – On Sacrifice, Dominion Over Death , Meat, and Murder… How We Started Our Slide Into Savagery

Deep Thoughts on The Fall – On Sacrifice, Dominion Over Death, Meat, and Murder … Beginning Our Apocalypse: 21st Century and Its Discontents, Part 12

Deep Thought on the Falls – Meat, Sacrifice, and the Determination of Death

The Fall After Eden—Meat-Eating is the Issue with Cain And Abel’s Divine Offerings, Just as it Was with Prometheus’s

There are more parallels between the Eden and Prometheus myths and tie-ins to the issue of meat-eating. 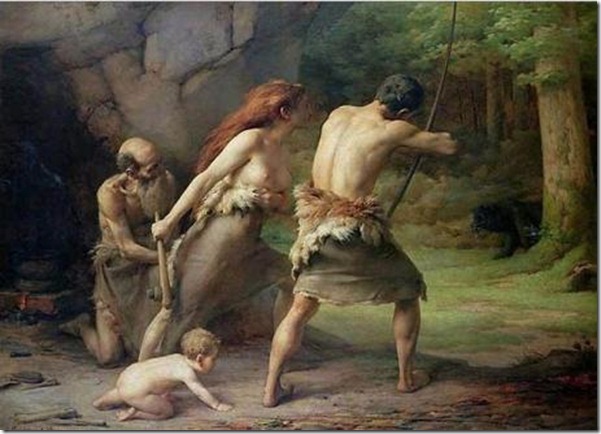 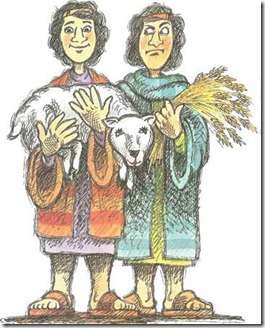 Some scholars see the Cain and Abel struggle as representing that between nomadic hunter-gatherers and the first settled farmers. Abel is the “righteous” man, a herder of sheep, and a nomadic type. He has an affinity with planetmates being a shepherd. 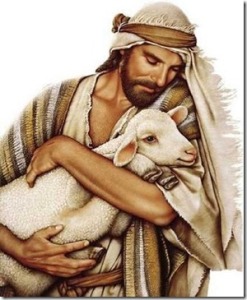 Later, Christ is compared with Abel as being a martyr but notice also that Christ is known as the Good Shepherd—that is, caring of 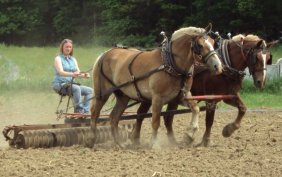 view animals. The herder needs to raise and care for planetmates, regardless that they will eventually be killed. The farmer can view planetmates as a means only to an end—as slave labor or soul-less tools to be used in the raising of crops.

And in the Cain and Abel story, we have the same idea of an offering of a meat and a non-meat to a god, just as in the Prometheus myth. Again, meat is the accepted and more desired sacrifice by the divine. 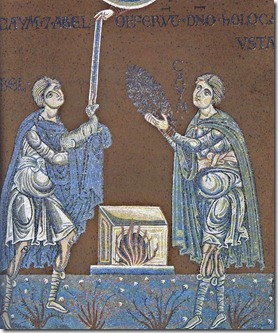 In the Prometheus myth, it all went awry because Prometheus did NOT offer the meat he should have to God. As I said, offering the meat as a sacrifice is the same as saying that it is left to God to determine the life and death of the planetmates (animals), not humans.

And in Abel’s giving up of a lamb to the Divine, the message is that the humans represented by Abel, the nomadic herder-gatherers will be willing to not eat meat, to forego it, to “sacrifice” it.

But with Cain, the farmer, it is all about control. Cain does not offer an animal. Like Prometheus he gives the divine a lesser offering—not quite a tricking of the divine as Prometheus did but close to it; he is not willing to sacrifice as much. In giving up much more abundant grain and vegetables, the price he’s willing to pay is much less than Abel’s offering of a fellow planetmate, a lamb, raised and cared for from birth.

The unspoken part in this myth is provided by way of the Prometheus myth. For in not offering meat to the Divine, the assumption is that Cain will be keeping the meat for his own consumption…and by inference that Cain is keeping for himself the determination of life or death of fellow planetmates instead of putting that responsibility where it belongs—in the hands of Nature/ the Divine.

Deep Thought on the Falls – Murder

Finally, the controlling, savage, and murderous qualities that come with increasing control over Nature—as I have described at length elsewhere—show up in that it is the sedentary,

more controlling tiller of the soil, Cain, who has become capable of taking now, even, a human life. In The Great Reveal, I showed why that also follows: For once humans became capable of killing and eating planetmate flesh, it was not long before humans were able to kill each other. 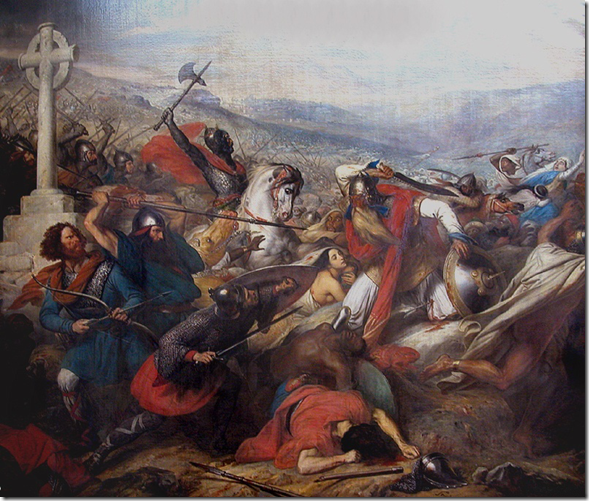 Will “Progress of Man” Be Humanity’s Epitaph?

But all of these developments, these increases of control over Nature, are traditionally seen as the “progress of man,” the advance and evolution of humans. On the brink of ecocide and

humanicide as we now are as a result of these developments, we have a

unique vantage point for re-visioning these changes. Are these vaunted human “achievements” so great if they lead to species annihilation, species suicide, and ecocide as is becoming increasingly likely? 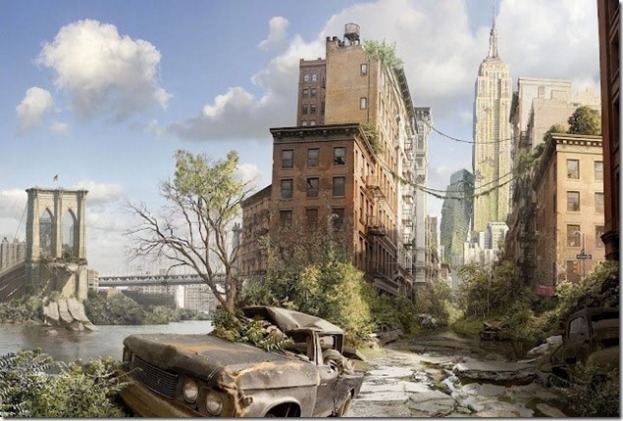 We now continue to look into these questions. And the very next thing we see is that even the myths from ancient times give us evaluations and prognoses on us that are surprising in light of our current rationalizations of ourselves as a species.

Continue with A Re-visioning of “Civilization” in Light of Impending Apocalypse…Prometheus Made us “Civilized”…And Doomed: 21st Century and Its Discontents, Part 13

Return to Why Humans Are the Sorriest of Species … Apocalyptic Foretellings Hidden in Myths of Eden, Prometheus, Pandora, Icarus, Cain and Abel: 21st Century and Its Discontents, Part 11