A Re-Visioning of “Civilization” in Light of Impending Apocalypse … Prometheus Made us “Civilized” … And Doomed: 21st Century and Its Discontents, Part 13 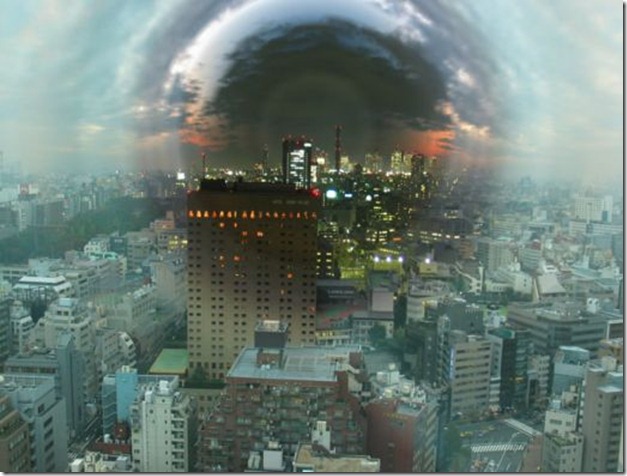 Will “Progress of Man” Be Humanity’s Epitaph? 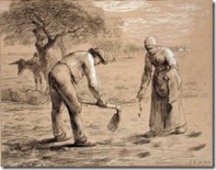 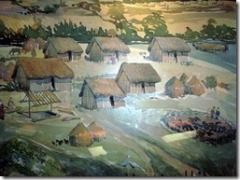 All of the “achievements” of “civilization,” these increases of control over Nature, are traditionally seen as the “progress of man,” the advance and evolution of humans. On the brink of ecocide and

humanicide as we now are as a result of these developments, we have a unique vantage point for re-visioning these changes. Are these vaunted human “achievements” so great if they lead to species annihilation, species suicide, as is becoming increasingly likely? We now continue to look into these questions. And the very next thing we see is that even the myths from ancient times give us evaluations and prognoses on us that are surprising in light of our current rationalizations of ourselves as a species.

Other aspects of the Prometheus and Eden myths fit with the interpretation I am making of it: Stealing fire/ eating the apple/ eating meat is the great act-out of the primal birth pain we created for ourselves by standing upright. It was a defiant act against Nature and Universal harmony, but it set us on the human path of being distinct from all other species. Without real access/ connection to the Real, we created substitute realities—culture, structured societies, status, language and writing, power relations, and abstract creative products. [Footnote 1]

Prometheus Makes Us “Civilized” … And Doomed 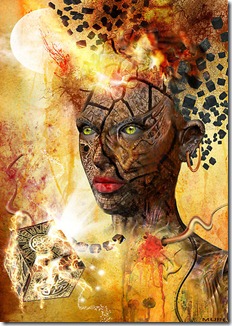 Fitting with that, Prometheus is given the central role in making humans distinct from all species, creating humanity, in giving defining attributes to humans to set us apart from all species and these are said to be fire and all the civilizing skills. 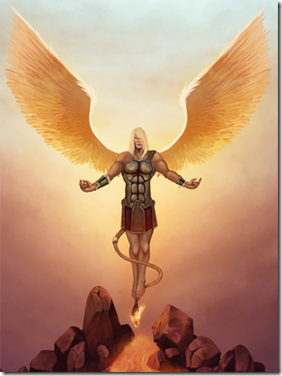 Prometheus is credited with, not only securing meat, fire, and all ailments and troubles (with Pandora), but also with bringing civilization and all its components of science, agriculture, mathematics, medicine, art, and literature…fine things no doubt, but all being aspects of control of Nature, opposition to the natural, abstraction and alienation from the divine, and not harmony with it or balance in relation to it. 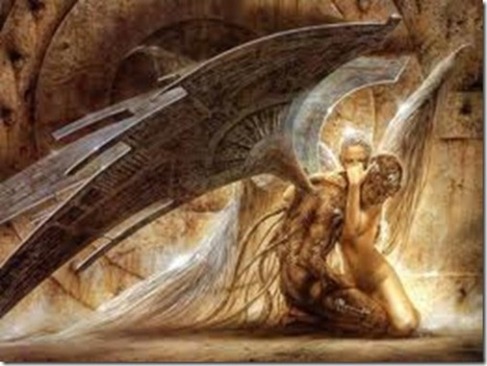 And only now are we beginning to understand the price that comes with these, as indeed we are suffering the penalties allotted Adam and Eve, Icarus, and Prometheus for their over-reaching and hubris. We are nearing the end of the slide into apocalyptic oblivion that Prometheus, Adam and Eve, and Pandora set us on (poetically speaking). 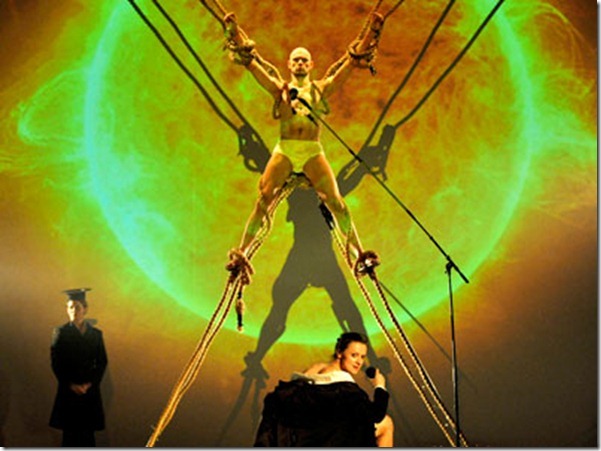 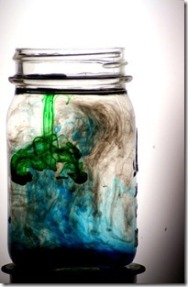 But within these myths lie the answers to our dilemma as well. These products of the consciousness of billions of previous humans—added to and refined over the millennia—prophesize the

apocalypse looming before us, but these 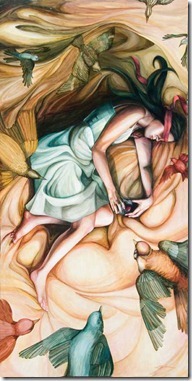 tensions cannot exist in myth except being inextricably entwined with the very means of their release and resolution. So they lay before us the way home for us as well; and they predict our redemption and how it will happen. It is to this we now turn.

Before looking at the resolutions of the uniquely human apocalyptic dilemma we have created, let me address something that is no doubt on many readers’ minds.

How Promethean “Heroism” Set Off Our Slide Into Alienation and Apocalypse … His “Rebellion” Was an Abomination, Not a Blessing 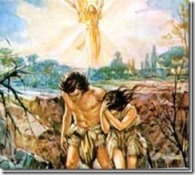 I know you are not used to hearing the Prometheus myth interpreted as a defiant act not a heroic act. It is never compared with

the defiant acts portrayed in the Eden or Icarus myths as I am here doing. Icarus is rightly said to be a tragic example of hubris or failed ambition, high-flying ambition. In Eden, Adam and Eve defy the sole divine commandment. But they can all be seen as acts of over-reaching, certainly as acts of hubris. And in all of them punishment follows the selfish act; there is karmic retribution for upsetting the natural or divine order.

But remember that hubris and over-reaching was actually the earliest understanding of the Promethean act. It appears that time, understandably—as it does—provided a rationalization of the defiant act. [Footnote 2]

As with everything else—language, culture, hierarchical society, and the

like—humans turn their faults into achievements, their crimes into heroism, their cowering before truth into brave creations of castles in the sky. So it is that the Romantic poets Shelley and Byron saw this myth as a reflection of defiance against an oppressive authority, as in their time was the Church;

French Revolutionaries saw it as a poke in the eye to the parasitic blue bloods of their age; and Marxists and other activists find inspiration in it for struggle against the suffocating prerogatives of capitalism and imperialism.

They are fine to find inspiration where they can. I submit, however, that a deeper and more currently relevant understanding is the one I am presenting here and which was the earliest understanding.

And despite all the rationalizing that’s been done on it, this earlier understanding—the one making it analogous to the Eden and Icarus structures—does shine through at times. In my opinion, Mary Shelley understood its real meaning when in 1818 she subtitled her masterpiece novel, Frankenstein “The Modern Prometheus.” In it, she demonstrates a remarkably current, 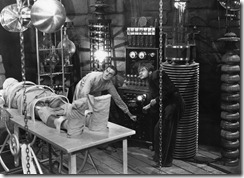 postmodern theme of the dangers of human hubris, of 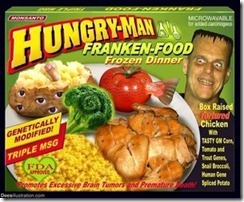 taking us into arenas of knowledge that we are nowhere near capable of managing … doing again, as we did at the beginning in taking from the divine the determination of life and death over the flora, fauna,

and even other humans at times, mucking with the divine order by stirring

up the forces deep within the atom and the DNA, opening more and more of Pandora’s jars, which can no longer be closed, many of them. So, yes, Shelley’s understanding is closer to my interpretation of the meaning of bringing these “civilizing arts” … In other words, they are in their essence and therefore their ultimate fruits abominations! 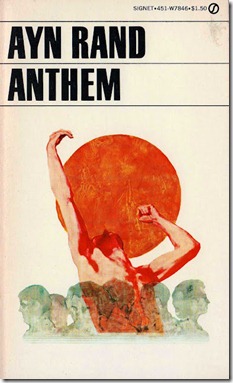 If my interpretation of Prometheus is still not understood and one wishes to follow Marxist, revolutionary, romantic, and modern interpretations of Prometheus as a righteous defier of injustice and heroic bringer of boons—in a way as to make him a model for our real occupy wall street and Arab Spring heroes

today—than consider why it is that the person on the extreme other side of this revolutionary ideology, Ayn Rand, uses Prometheus as a model for her ideology of rapacious 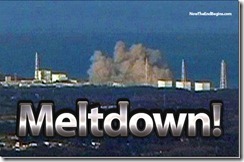 individuality, which she does in her novels Anthem and the fanatically worshipped, Atlas Shrugged. So, no. Ayn Rand’s rendering shows the myth to be, at its base, depicting the ultimate perversion of a natural benign order and a criminal defiance of 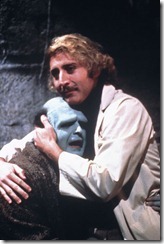 Nature—as the industrialists and polluters of today show us—and not the revolutionary overthrow of an oppressive rule, as Marxists, Romantic poets, and French Revolutionaries saw it. [Footnote 3] 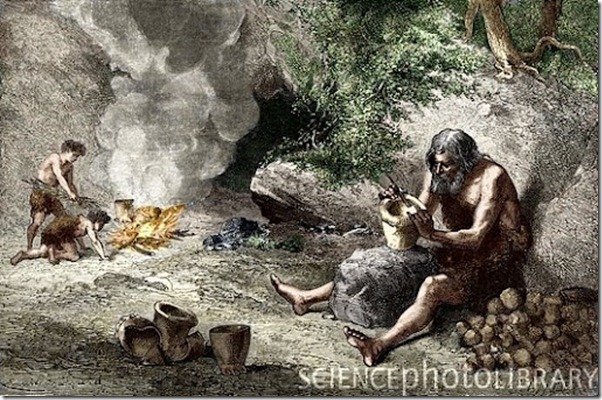 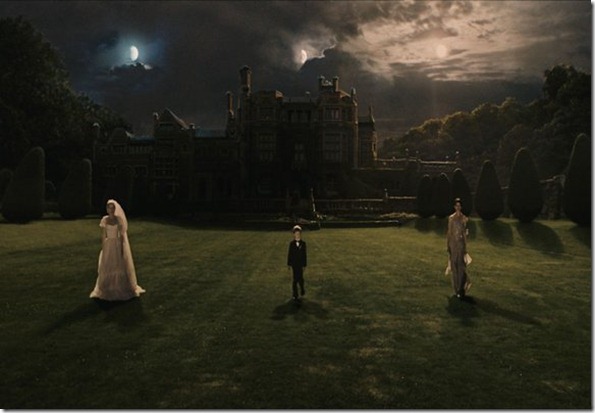 Return to Deep Thoughts on The Fall – On Sacrifice, Dominion Over Death, Meat, and Murder … Beginning Our Apocalypse: 21st Century and Its Discontents, Part 12

2. On “time, understandably, as it does, provided a rationalization of the defiant act,” see “A Blessing for You…To Choose or Refuse”—The Great Reveal from The Planetmates: The Complete Prasads, especially

3. Regarding the glow-in-the-dark cats shown in the photo, see “12 bizarre examples of genetic engineering” at http://www.mnn.com/green-tech/research-innovations/photos/12-bizarre-examples-of-genetic-engineering/glow-in-the-dark-c

Return to Deep Thoughts on The Fall – On Sacrifice, Dominion Over Death, Meat, and Murder … Beginning Our Apocalypse: 21st Century and Its Discontents, Part 12