← On soul murder, the adult trance state, more. What the Planetmates tell us about poisonous pedagogy, tainted parenting, fairy tales, and how human children became different from the children of Nature
On magical childhood, tribe life, primitive planned parenthood: Planetmates reveal, “You had less children, but those you had … were much more wanted, “loved,” and seen than … after the agrarian revolution” →

In our forgetfulness of our Divinity, we give these things—“the Word,” matter, energy, beliefs—which are a step removed from Reality a higher status than Reality Itself—which is the Experience of them. In this way, we deny God: Experience Is Divinity, Matter As Metaphor 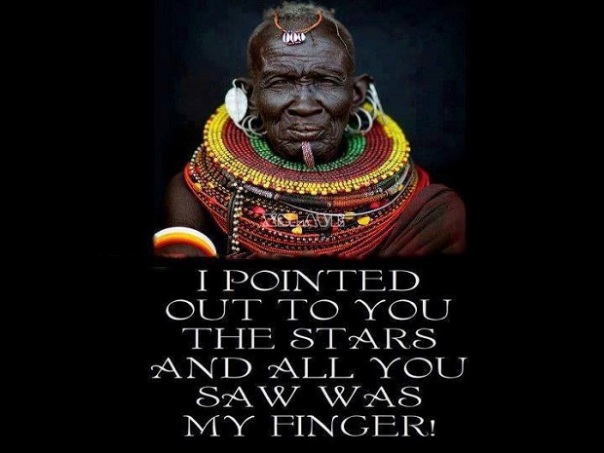 Experience Is Divinity, Matter As Metaphor … Book and Introduction

we create time so everything doesn’t happen at once….

we create space so everything doesn’t happen together.

but the tiniest atom is no different from the biggest galaxy….

we are only perceiving one thing. that “thing” is perception… I.e., experience is the only reality … everything else is reflections and illusions of Absolute Subjectivity … in the immediate moment….

Experience Is Divinity: Matter As Metaphor … the book

So, is perception everything, you might ask. Well, tell me, what is outside of your perception/experience?

Or, put it this way: We can’t know if perception is everything. But we can know that the reflections of perception, which we call words, icons, and the physical world are illusions.

So, our experience is all that is knowable to us.

Example: People say, “Everything is energy” … y’know. thinking that is more profound than matter being reality. But is there energy existing *outside* of our perceptions of energy? We don’t know. So, we have maybe words in a book describing energy … so that’s way removed from the reality of it … or we have putting our finger in a socket and say that’s energy, but even that is a perception of it. so what is energy directly experienced, like in the body? well, it is our very subjectivity. the perception itself, not the object of the perception (which is always only a deduction, once removed from reality)

In other words, say I am a doctor and I have you on some kind of scan and I say, hmmm, there is energy moving through your body … I can see it on this machine… Well, that is the doctor’s experience of it. But your experience of it might be an emotion, a thought, a word inside one’s head, feelings of warmth or cold … and all combinations of these things and things like them. It is called Experience or Subjectivity.

So the doctor calls it energy, but what do you call it? You call it your experience. Now, who is going to be more correct? the doctor who is *outside* of you experiencing this energy in you Indirectly or you who are experiencing the energy directly?

I’d say you are more real to you than the doctor. Yet, what we do is we take everyone else’s opinion for what is reality and disregard the very essence of it all …. what is right in front of our nose…. our experience… our soul… our divinity….. well, god … as far as we know it.

That is to say, all the things we call “real” are all at least one step removed from the thing they describe … actual reality, our experience of it…. And we, in our forgettingfulness of our divinity give these things one step or more removed from reality a higher status of reality than the reality itself, the experience. So, in this way we deny God.

And, you know… remember God said not to do that. That is what is meant by having “no Gods before Him” … in other words, start giving your experience of reality (and god) more reality than what you are taught, or someone else says is reality (or god), but you only know indirectly….. through them … through words… so only in your head….. in your imagination at best…. but all illusions compared to the real thing, all derivatives of it….

So now someone might say why is this important? of what use is this? How can it be used?

Ok, coming full circle, what is going to be more true, then: the Bible, the words in the Bible, the words coming out of the mouth of the pastor, priest, or religious friend … or is going to be what one experiences as true? Say, you are told by the pastor or Bible that you can achieve everything through the force of will. So you really believe that and you attempt something with all the will there is in your body. But then what happens is your body can’t take the strain and it collapses and you end up failing. So what is more true? The statement that you can do anything you think through the power of will or that your ultimate success or failure is not in your hands at all. So you see how it is experience that is the teacher. This is what is meant by learning from your experience and experience being god. Especially when you find out that in reflecting on your experience and following what it has taught you, you find yourself growing and becoming a better person.

And this takes us back to the old spiritual/ religion division. For when you are being told that someone else knows better than you have experienced yourself what is real and tells you to believe something that you absolutely do not experience to be true that way and that you are somehow wrong, then you have a situation like in the middle ages with the dominance of the church. They were actually able to say that the evidence witnesses brought forth on the people on the accused heretics … witnesses who saw or heard something different from the accusation … that this evidence was less reliable than what the accusers said happened or what was determined by torture. For, they said, perceptions could be manipulated by the devil. But the word that came out of the mouth of someone in incredible pain or the word of the inquisitor based on his own subjective and arbitrary inclinations was more true, more real.

Imagine that. This is the idea that evidence, that which can be perceived, that which is empirical, is faulty because the world of perceptions is the world of Satan. Whereas the Word—of the Bible or as determined by the priest through intuition or out of the mouth of the accused under the influence of torture—was actually true. “The Word” is more real than the thing itself. And of course that Word, that Reality, is determined by someone other than you, you see? That is a religious world view.

Meanwhile in the world of shamanism and spirituality, we would say that what we are taught by and through our direct experience is what is really real, over against what anyone else says.

And obviously there are factors of economics and power that come into play in terms of what societies will want their people to believe is truer — a religious approach or a spiritual one. Always those in power or at the top will prefer a religious inclination for their populace, which makes outside determination, like theirs, more powerful over a person’s life than the person him or herself. Whereas those not in power, the “lowlies”, will prefer the idea that their experience is the real authority, not some outside authority.

And when these both exist in society and the ones in power have an exceeding amount of power, they will eliminate those who think the other way, because, indeed, their belief in the power of external authority demands that … demands the extermination of people who are believing what “undermines” the elites’ authority … and ultimately threatens their state of wealth, power, and, yes, often, god-like status in society. So vanity and hubris are strong drivers of this persecutory behavior, too.

I don’t think I need to point out that was the situation down through history when heretics were eliminated, witches were tortured and burned, and indigenous people were forced to convert or be killed. And if you look around you, you will see this battle between religion/authority and spirituality/personal truth going on even today. There is the war on drugs, to give just one small example, which is basically the battle between folks finding out for themselves what is real versus outside authority having the power to do that for you. But, indeed, all major political divisions, if you think of it, are reflections of this basic divide in belief of what is to determine matters going forward—you or someone/something else.

So, yes, this distinction about what is real and what is not real is, in my opinion, sort of important….

More at http://mladzema.wordpress.com/experience-is-divinity-the-book/ Complete book. free, on-line … at this time.

Those who want signed copies of any of my books, email me directly … sillymickel@gmail.com … Discount for blog subscribers.

← On soul murder, the adult trance state, more. What the Planetmates tell us about poisonous pedagogy, tainted parenting, fairy tales, and how human children became different from the children of Nature
On magical childhood, tribe life, primitive planned parenthood: Planetmates reveal, “You had less children, but those you had … were much more wanted, “loved,” and seen than … after the agrarian revolution” →