Apocalypse NO, the second book – of the four being published in the next four weeks – is now completed also.

This book can be ordered now and will be available, is available ….

Amazon: Immediately
Expanded Distribution channels: 6-8 Weeks
in Kindle it has been available already….

More information coming, as I have it. 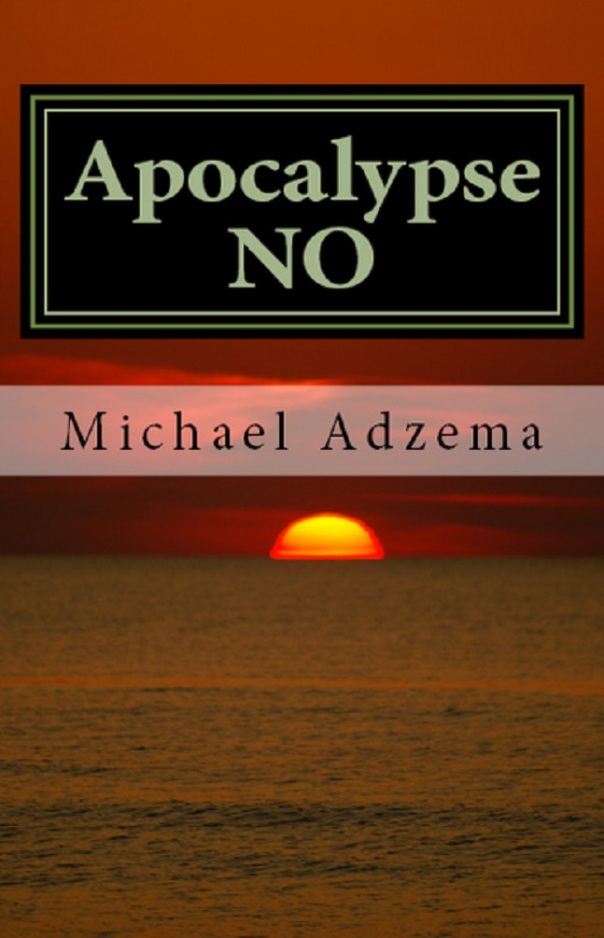 These are the strangest of days. We live in a time in which ending our species in our lifetime, even eliminating all life on this planet, are very real possibilities. The awareness of this acceleration toward an “end of days”—while so horrifying we hardly speak it—hangs over us and affects us in ways singular and fantastic.

Apocalypse NO, Apocalypse or Earth Rebirth and the Emerging Perinatal Unconscious awakens us to the unconscious influences erupting into our world which are changing the Earth and us in radical ways. Herein is revealed the underbelly of our modern life and the impetus behind our self-destruction. We see primal forces arising and exposed. Finally, we can direct our attention to the roots of our drive to apocalypse and reverse it.

More than that, this awakening provides a way of transformation. For in the heart of this darkness lies the most incredible opportunity for taking a leap beyond what we think of as human nature. This time calls for a new hero’s cycle—one that leaves behind the thuggishness of the old one. We are lifted beyond ourselves in a higher calling and a transcendent yet deeply rooted spirituality.

We realize that the necessary answer to the dilemma of apocalypse or Earth rebirth lies, not only in the resurrection of a new Earth, but in the dawning of a new self as well.

Michael Adzema is a writer, activist, teacher, and psychotherapist. He was the editor of a professional journal of primal psychology and was the first person in the United States to teach prenatal and perinatal psychology at the university level. In the early Eighties, working as an anti-nuke activist, he was one those whose actions led to ending nuclear plant construction in the United States. In addition to Apocalypse NO, he has authored the books, Falls from Grace, which is a reference on prenatal and perinatal psychology; Primal Renaissance; Experience Is Divinity: Culture War, Class War; and the companion volume to this one, Apocalypse Emergency—Love’s Wake-Up Call. 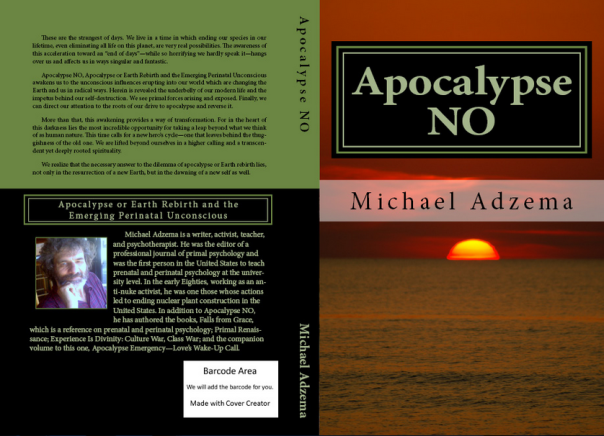