← Zorba the Buddha: Enlightenment as an Attitude of Adventuring … Eventually It Is Simply About Staying Open to Experience/Process
All the Things We Do in Life Are Distant Reflections of Our Earliest Life as Cells: The Spirituality of Cells and Seeds of Light in Every Darkness →

The Psyche Heals Itself … If Only Allowed to Do So: A Primal Perspective on Spirituality, Part Thirteen — The Agonies and Ecstasies of Exquisiteness 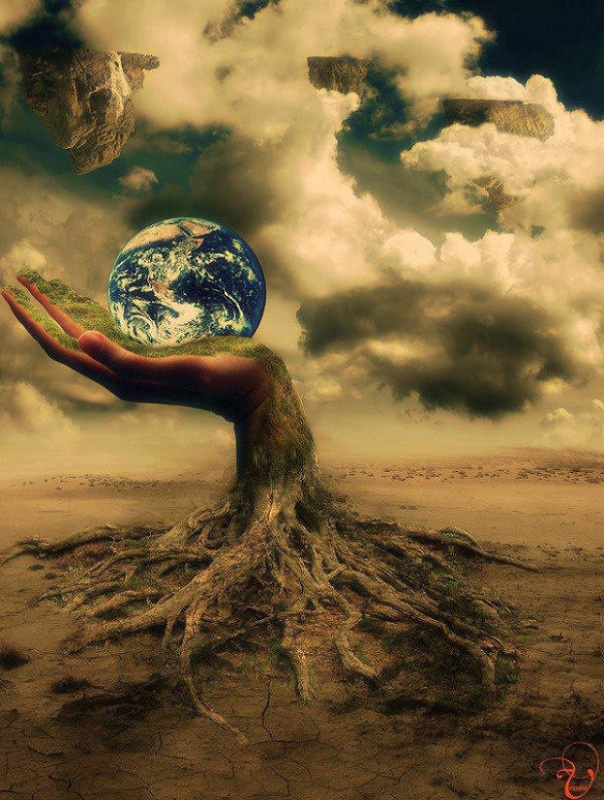 “The Only Way Out Is All the Way In”: The Eye of the Hurricane, The Cosmic Adventure, and Being Here … Why Would Reality Not Be Real?

Such it is that we can be in the midst of life, fully experiencing it, and yet be aware of its illusionary quality, hence be unattached to it and more able to flow with it. Let us say “Zorba the Buddha.”

The Eye of the Hurricane

From this view we see that it is our attitude toward intense experiences, not whether or not we have them, that is important. The I Ching addresses this in the hexagram, “The Arousing (Shock/Thunder)”: “[T]he shock causes no loss, because one takes care to stay in the center of the movement and in this way to be spared the fate of being tossed hither and thither” (p.200).

“The Only Way Out Is All the Way In”

One is reminded of Heider’s statement that new members of a group may be badly frightened in viewing another member who, in the midst of catharsis, feels no feelings of fear about it (1974, p.37). Or, as one primaler put it, “It is not feeling one’s feelings that is really painful” (cf. Janov, 1970, pp. 98-99). Thus, by plunging in and surrendering to it, one can be aware of a calm center within the chaos that is imperceptible on the periphery. Or, in another primaler’s words, “The only way out is all the way in.” 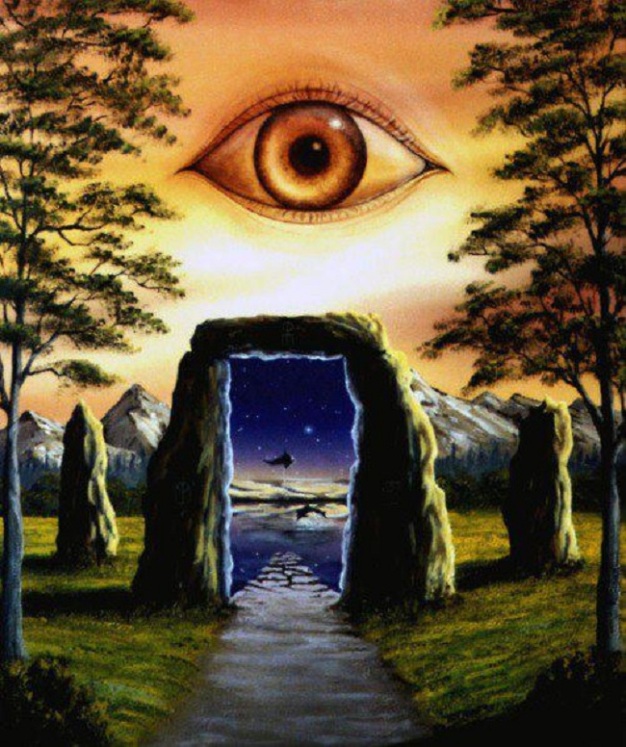 Again, Be the Observer

Thus, it is a matter of whether or not we get caught up in intense experiences and make them part of a personal drama … “acting out” is the primal way of saying it … or we simply allow them to flow through us. In the first case, we give these feelings a status in our lives they do not deserve and increase the time required to work through them; in the second, we maintain an attitude as of a channel for experience, not an originator of it.

In this regard, we note Grof’s statement that at advanced levels of transpersonal experience, beyond ego death and rebirth, “it becomes . . . a cosmic adventure in consciousness aimed at solving the riddles of personal identity, human existence, and the universal scheme” (1980, p. 215). Or in other words, we still carry water, but we are not attached to it.

Therefore, I am saying that much has been made of a difference between primal and meditation for what is primarily a difference in technique. Both can be seen as ways of attuning us to a spiritual/growth process that is common to us all, affecting our daily happenings and the life choices and directions we take in either direct or distorted fashion.

Meditation Is Technique. It Is not the Process Itself

For meditation the confusion seems to have arisen from viewing it as the sole means to growth, rather than simply a means to get in touch with a process that is growthful both inside and outside of meditation. And when we open up, what arises always is different from what we expect and includes all sorts of phenomena and experiences, all linked to our growth and resolving our blocks.

Likewise, an important benefit of primal is that it can teach us an attitude of surrender to process. That we can throw ourselves, time and again, into the maelstrom of catharsis and still, somehow, be upheld and even embraced, despite ourselves, gives us confidence in a beneficent universe and allows us to foster surrender in our attitudes to the pushes and pulls of process as it makes itself known to us in our daily life. 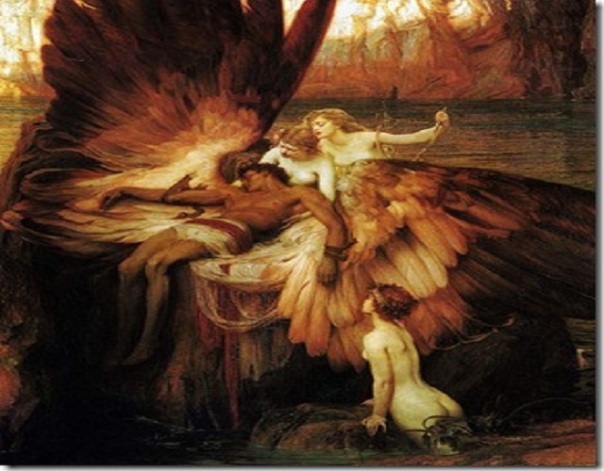 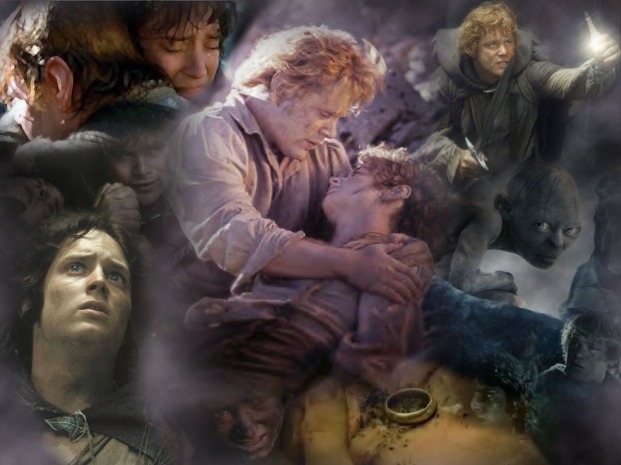 Both meditation and primal can be seen as techniques to help us “be” where we are “at.” And to be most fully where we are means to be most fully in process. So it is just that at times they employ different means to get us in touch with the underlying flow that is the epigenetic protagonist of healing and creation, growth and transcendence.

And once attuned to process, one can “be here” while working, walking, primaling, or engaging in “zazen”; it then becomes ludicrous to talk of different techniques or different levels of growth. Ultimately, when we are “on track” the process takes over, leading us onward to more encompassing realms, regardless of how we get on track.

Evidence for this is given by meditation research as cited by Earle (1981). Although physiological correlates differ with different techniques at beginning levels, later stages show a convergence of the correlates.

The Psyche Heals Itself

… If Allowed to Do So

There are striking similarities in the descriptions of the deep-level growthful experiences found in the spiritual literature, the psychedelic literature, the ethnographic literature, and in some of our primal reports. But what we find, in primal anyway, is that the psyche “heals” itself, if only allowed to do so, and in a way that is reminiscent of the way the body does. And so it is not so surprising that the manner in which it does so would be so similar in different places, at different times, and using different techniques for allowing it.

Why Would Reality Not Be Real?

It is equally not surprising that we should find examples of spiritual phenomena occurring during primaling or “primal” phenomena occurring during meditation, or either occurring under LSD. For why would we expect to have anything but a common heritage and for reality to be other than itself? Is it not only our dichotomizing mind that construes such dualities to obscure and make more difficult the path that we commonly tread, that tragically serves to neutralize the compassion and interrelatedness that we would otherwise feel?

The Agonies and Ecstasies of Exquisiteness

The point being made is that the primal process of which we speak is the same as the spiritual process. Both catharsis and calmness are natural parts of the same flow, mingling and alternating with each other, and emanating from each other, sometimes in a linear way. This flow is a natural process of creation that encompasses both types of phenomena, the agonies and ecstasies of existence, and harmonizes all of reality, both internal and external, in a pattern that is unique for every individual and oriented toward one’s patient unfolding in the path of exquisiteness.

Summary of “A Primal Perspective on Spirituality”

Contrary to Janov’s assertion that spiritual experience is derivative of primal pain, there is evidence that primalers are encountering transpersonal phenomena at a deeper level of the primal process. I relied on my experiences and those of other long-term primalers, along with the evidence of meditation and LSD research and the current spiritual literature, in proposing an alternative explanation of the relationship between catharsis and spiritual process in which they are seen as complementary, not opposed, processes. 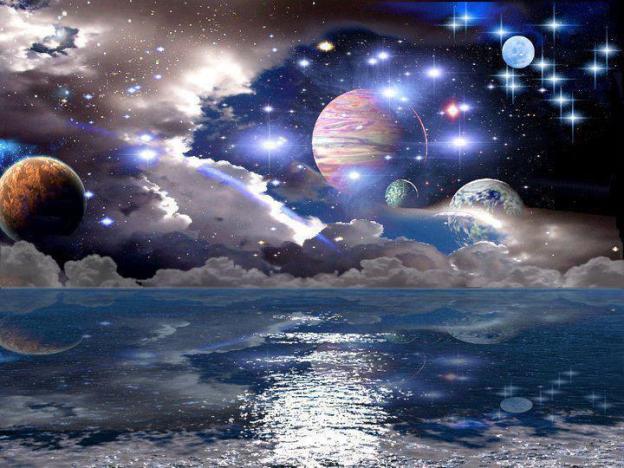 At a certain level of the spiritual process “primal-type” experiences often occur, no matter how interpreted. A primal-type therapy, therefore, can be an invaluable, perhaps indispensable, aid in higher consciousness. Primal therapy reduces the symbolic clutter and cerebral “noise” that characteristically obscure the perception of spiritual realities. It thereby enables spiritual access that would be unavailable to some people conceived into less than ideal life situations. Beyond the primal-type levels of the spiritual process, deeper levels are encountered that do not give indications of containing elements of repressed pain or need, and that can be accurately termed transpersonal.

Therefore, primal therapy and meditation represent an identity of ends and an antithesis of means. Both catharsis and meditation are techniques to help us to “be” where we are “at” and thereby to be more fully in a “process” that transcends techniques. For “when we are ‘on track,’ the process takes over, leading us onward to more encompassing realms, regardless of how we get ‘on track.'” 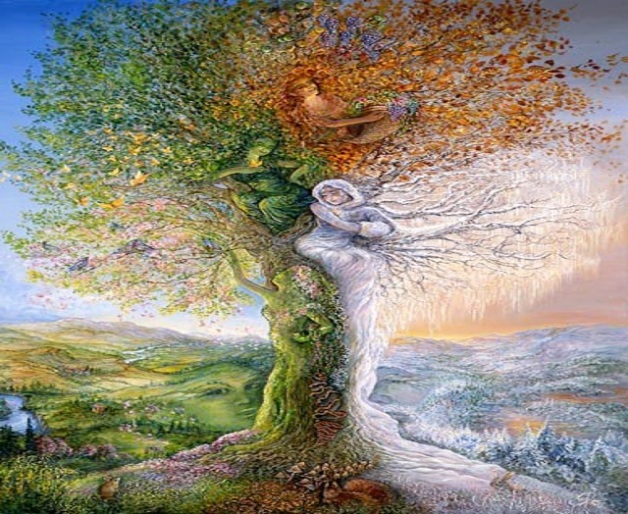 Continue with The Spirituality of Cells and Seeds of Light in Every Darkness: All the Things We Do in Life Are Distant Reflections of Our Earliest Life as Cells

Return to Enlightenment as an Attitude of Adventuring … Eventually It Is Simply About Staying Open to Experience/Process: A Primal Perspective, Part Twelve — Zorba the Buddha

← Zorba the Buddha: Enlightenment as an Attitude of Adventuring … Eventually It Is Simply About Staying Open to Experience/Process
All the Things We Do in Life Are Distant Reflections of Our Earliest Life as Cells: The Spirituality of Cells and Seeds of Light in Every Darkness →