← There Are Many Ways to Interpret Reality … Choose One with a Heart.
Non-Conceptual Experience — A Primal Perspective on Spirituality, Part Eight: The Making of a Calmer Crazy Person … Why Meditation by Itself Is Often Not Enough →

The Roots of Bliss: A Primal Perspective on Spirituality, Part Seven — The Joy Beneath the Pain and Positive Possibilities of Experiential Process 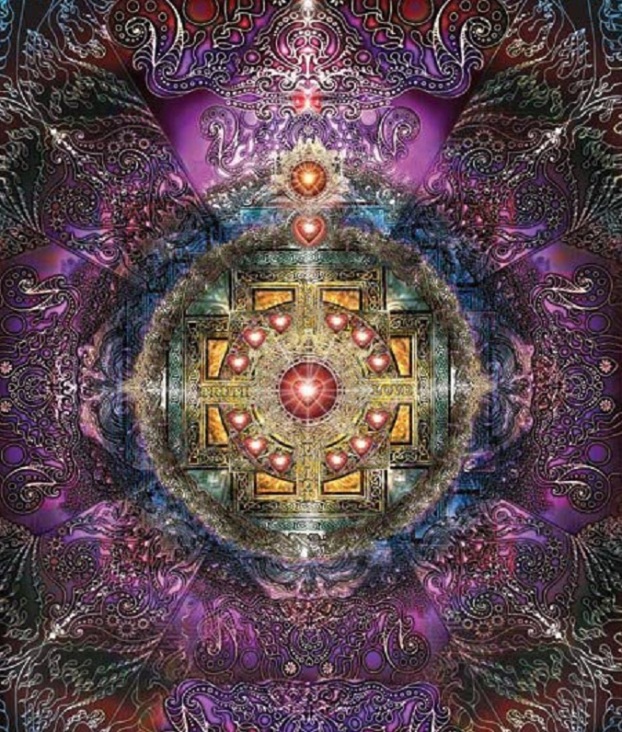 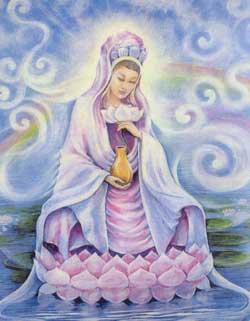 On the more exotic side, experiences of which I am aware that have had a transpersonal quality to them include encounters with and messages from “helping entity” types and infusions of colored “helping energy.” Experiences that have had past-incarnation qualities also have been reported, but they apparently occur only when they are important for the individual’s understanding or resolution of her or his present concerns. All of the experiences I am reporting occurred to people who had been primaling for a minimum of four years, working through birth and womb material much of that time. 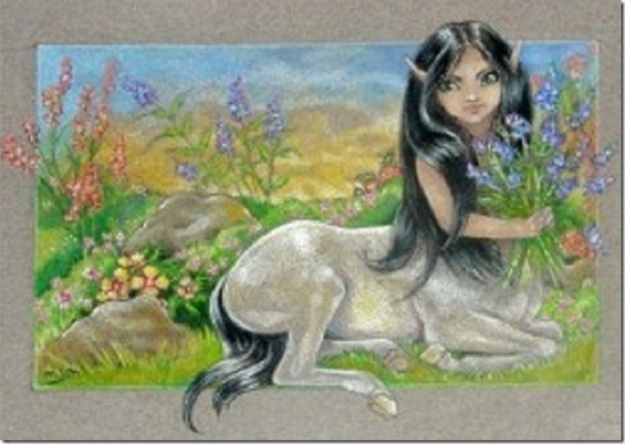 Parallel to the Effects of Long-Term Spiritual Practice

In addition to these reports of experiences had in or through primaling, we note gains in equanimity similar to those described for meditators and the occurrence of satori-like states. Cleared of attachment to the past and the future strivings that come of it, experiences with a marked sense of “nowness” are common. Corresponding elements of synchronicity between inner and outer states, effortless doing, and inner guidance appear also, correlates for which seem primarily to be associated with the effects of long-term spiritual practice.

The Joy Beneath the Pain

Archetypes and the Collective Unconscious

Finally, we might note that there are some primalers who are reported to experience phenomena described as archetypal and related to the collective unconscious (McCloud, 1975). McCloud uses the terms “transpersonal” and “mystical” to describe the quality of the experiences inherent in contact with this area of the unconscious. He says that these experiences can occur during the state of “total physical calm” that follows the “period of high physical activity or agitation” characteristic of “direct encounter with the negative and fearful aspects of the Unconscious” (p. 288). McCloud claims that experiences during these “deep inner meditative states” may take the form of “a spontaneous (noncortical) flow of images through the mind or, especially in more advanced persons . . . may consist of what seems afterward to have been a total void” (p. 289).

One Must Discover One’s Own Truth

McCloud contends that since Janov’s framework does not include such experiences, these unfamiliar and nonrational experiences are forced into the familiar primal paradigms. These primal rationalizations then become a defense at the point at which deeper experiences are possible, thus preventing the full experience of these deeper levels. Interestingly, McCloud also claims that what is helpful in experiencing these levels is to be given “support but little or no direction” (p. 284), in strong contrast to Janov’s directive techniques. One might conclude from this that different experiences and different interpretations are possible when one is allowed to discover one’s own “truth” as opposed to a preconceived one. 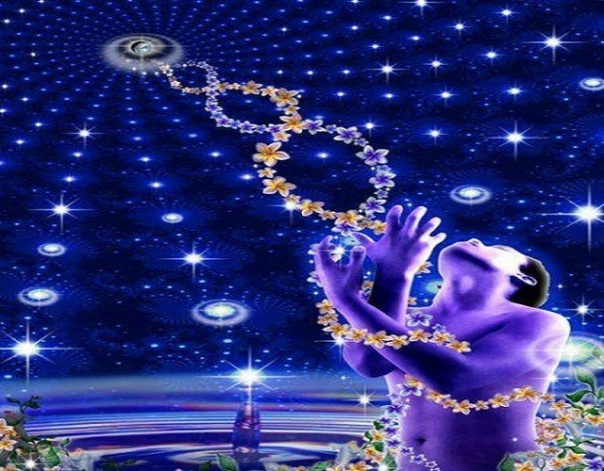 Anyway, as far as the “blissful” experiences mentioned, it appears that the reason we hear little of them in regard to primal therapy is because Janov himself has been unaware of the joyful possibilities of the primal process. As Lonsbury (1978) points out, Janov’s is an incomplete theory of feeling based only on feeling “Pain”: All else is labeled “crazy.” Also Janov specifically states that the goal of primal is not “happiness” (1970, p. 101), which he sees as a neurotic state (1972, pp. 164-172) but, rather, something like “contentment” (p. 168). He sees primal people as “scarred” people who are able to use primal to better their life situation from the horror that it otherwise would be (1970, p. 136). His use of the word “contentment” leads me to suspect that he is talking about a state of reduced tension following abreaction (cf. 1970, p. 102; l972, p. 218).

The Roots of Bliss

The fact is that not only are advanced primalers dipping into areas more akin to bliss than mere contentment, but Grof also, through his LSD research, has demonstrated the existence of positive and joyful experiences existing alongside the negative ones at the deep perinatal level of the psyche. Grof gives these “positive COEX systems” the same status as the “negative COEX systems,” which is his term for the traumatic experiences laid down in the brain needing to be relived. Grof claims that positive COEX systems relate to particularly blissful experiences from one’s personal life, having their deepest roots in blissful intrauterine and postnatal experiences.

Bliss and the Womb 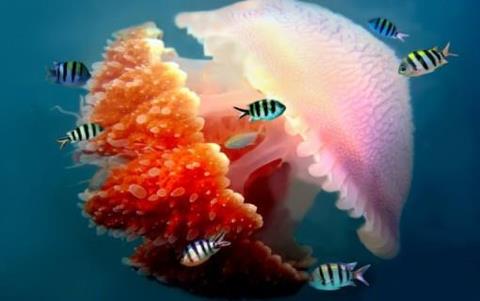 The fact that Janov does not seem to know about these positive potentials of the primal process seems to be related to his disregard of womb experiences. Although both LSD subjects and advanced primalers outside of Janov’s Primal Institute have often described embryonal experiences,

down even to the sperm and egg level, Janov has little to say about womb experiences in his writings and considers sperm experience a fantasy (1974a, p. 323). That some of the positive experiences mentioned do not begin to happen until one has felt back to those levels, then, would help to explain his ignorance of them.

the “alive” or “life force” feelings described by primalers. Contrary to Janov’s assertion, I believe it is an error to describe this state of “spiritual” bliss as a state of being totally cut off from one’s body, as “anti-Primal.” Primalers describe the feeling of being cut off with words like “deadness” or “numbness,” never “bliss.” 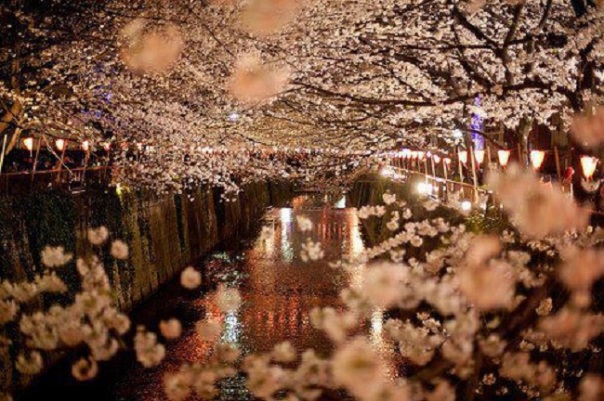 Continue with The Making of a Calmer Crazy Person … Why Meditation by Itself Is Often Not Enough: A Primal Perspective on Spirituality, Part Eight — Non-Conceptual Experience

Return to Levels of Pain, Levels of Bliss and the First Shutdown: “I Went from Birth to an Intrauterine State to Conception to Floating in the Icy Vastness of Space.”

← There Are Many Ways to Interpret Reality … Choose One with a Heart.
Non-Conceptual Experience — A Primal Perspective on Spirituality, Part Eight: The Making of a Calmer Crazy Person … Why Meditation by Itself Is Often Not Enough →