← The World of “Matter” Is But the Appearance of Mind to Itself: The Footprints on the Shores of the Unknown Are Our Own
We Are One at Our Source … Explaining Shared Experience and Overlapping Identities: Transpersonal Perspective, Part Four — How “Within” Can Also Be “Outside” →

I Am You, and You Are Me, and We Are We, and We Are All Together: The Radical Rational View of Us and It and the Basis of the Belief of Non-Separation

Transpersonal Perspective, Part Three — Experience Is Divine: From Solipsism to Transpersonal Reality … How You Are God, the Universe Is Friendly

From Solipsism to Transpersonal Reality

This is solipsism, pure and simple of course. But it is the best place of all to start. As W. T. Stace wrote, “The initial position of every mind must be solipsistic,” and further, that while continued investigation might eventually lead to “very good reason to believe in the existence of other minds,” still, “each of us must begin from within his own consciousness” as a “solitary mind” (Theory of Knowledge and Existence , pp. 65-66).

And so it is that from this initial starting point of solipsism a compelling deduction is next made—and it can be made, on the basis of one’s experience alone—that others exist. How so? One deduces the existence of others from one’s experience that there is something outside of the bounds of that which we call one’s self which happens to “impinge” on one’s self. Or we can say that we discover “wills” other than one’s own “will” . . . and this is especially obvious when they are at odds or in conflict with one’s own will. We also deduce the existence of an Other from the fact that there are aspects of one’s experience that are completely surprising and unintended and thus “unwilled” by oneself—one discovers creations which are to all appearances and upon all reflection other than one’s own. Now, these elements alone would imply simply that experience contains the unintended, the contrary, and the surprising. However, these surprising and unintended occurrences can be seen to have meaningful patterns to them. They are meaningful in the sense that we are able to deduce that these “patterns” are themselves centers of experience, centers of will or creation, in much the same way that oneself is. This is a compelling deduction, based on the evidence of one’s experience, but is not a necessary one.

Having the compelling conviction that others (that is other experience containers, or experience screens, or experience perceivers) exist, we are informed (i.e., “impinged” upon in meaningful [to us] ways) by these “patterns” (entities) of experiences which are not like our own. At least we are “told” and led to believe this through the “communications” that we have with these alleged “others.” Thus, the World emerges as meaningful patterns of experience within oneself (within one’s experience, one’s experiential world) which reveal themselves as separate from us to varying degrees (and we label the degree of separation in accord with their similarity with us: thus, humans—very similar; animals—less so; other living things—less again; inanimate things—even less; and so on).

So far, so good. We have our normal world here; the way we normally think of reality. Then along come other-than-normal experiences. We experience, or find out indirectly, experiences that are supposedly those of one or more of those supposedly separate others! (e.g., psychedelic or other altered-state experience of another’s experience, from another time and place, especially). We are led to conclude that therefore other’s experience is not separate from one’s own, that that was a mistaken view built up on insufficient experience (evidence). We conclude that there is a “bleed through” of experience from what was thought to be separate entities/realities.

Other evidence/ experiences (such as experiences of being or “identifying with” what were thought to be other “things” or other “species”—this is how we named those patterns that were supposedly farthest from our own experience) convince us that there is no separation either between what we called oneself and what we called world, others, other species, and so on.

We are led to conclude that we are part of all that exists, as far as we know of things existing, or at least that we are so in potential. That is to say we discover that there are no definite and impenetrable boundaries where we thought there were distinct separations. The World as far as we know it appears to be characterized by interconnectedness, overlapping identities, and “porous,” indistinct, or illusory boundaries.

It is by this empirical-existential means that I have come to know (and others have come to know—according to the patterns that have been made known to me through the other patterns in my experience called communication) that one’s subjective experience is not separate from that of others. I repeat, the basis of this belief of non-separation lies in my understanding that (1) people in certain other-than-normal states are able to experience what “other” people have experienced in different times and places—and this is verifiable; (2) the phenomena of morphic resonance and morphogenetic fields—which point to a sharing of subjective space or a Common Intersubjectivity—are also able to be empirically validated; and (3) various other experiences of “experience-sharing” are verifiable—such as the trans-species experience and identification with aspects of the so-called “material” world, which have both been described by Stanislav Grof in his many works as occurring quite frequently.

So we are part of All That Is (as far as we know it) and the perceived boundaries are only illusory.

The Universe Is Friendly

The next element in this argument enters with the realization that those supposed other-than-us, separate things that impinge on us do so in ways that lead us positively forward into better and better experiences, even despite our intentions . . . and this, if only known in hindsight. Even events constituted mainly of supposedly inanimate “others” (i.e., actions of the “physical” world) reflect a helpful tendency. Thus we conclude that there is something outside of us that is both helpful to us and higher than us (in that it knows what is better for us even when we do not). We call this unknown, powerful, helpful, and everywhere and always present thing, “God.”

Thus, the conclusion is that one is part of All That Is (insofar as one is in any way aware of what is), that one mistakenly concluded at one time that one was separate from that All because of insufficient evidence (and we learn later, also because of fear that caused us to retreat from the evidence for our essential unity which we did have), that All That Is is beneficent overall (or at least, if this ends up being wrong in the long run, it would be better that we make this mistake than even to get it correct), and that we are part of that beneficence in the All That Is, which we call God.

It is on these sorts of grounds that my viewpoint has come to approximate that of primal, or indigenous, societies —a viewpoint that Western culture has termed pantheism—as well as to approximate the mystical teachings of all spiritual traditions and the perennial philosophy on the essentially Divine nature of the self. These perspectives can be summed up in that all that exists is God, that all that can be seen and perceived are manifestations of God, that all that can be experienced is God, that therefore Experience itself is God, and that I also am God in that I am part of the All That Is (which is God) in that I partake of that Experience. 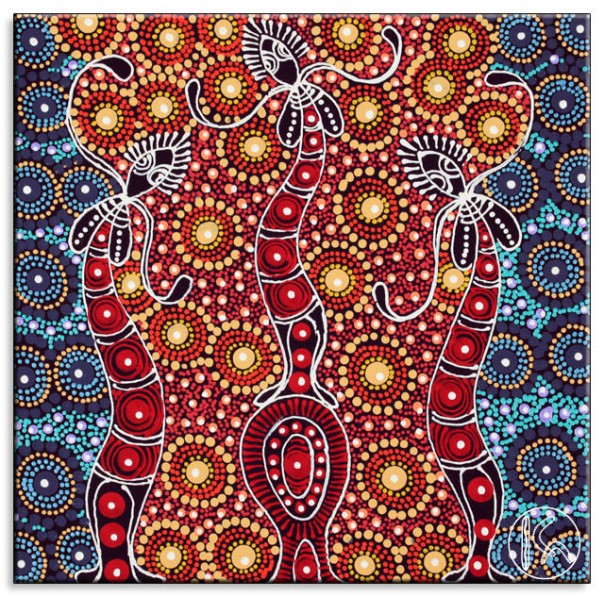 Continue with We Are One at Our Source … Explaining Shared Experience and Overlapping Identities: Transpersonal Perspective, Part Four — How “Within” Can Also Be “Outside”

Return to The World of “Matter” Is But the Appearance of Mind to Itself: The Footprints on the Shores of the Unknown Are Our Own

The book of which this is an excerpt – Experience Is Divinity – is now published and is available in print and e-book format at Amazon, among other outlets.

and at Amazon at

To purchase a signed copy of any of Michael’s books, email the author at sillymickel@gmail.com … Discount for blog subscribers.

← The World of “Matter” Is But the Appearance of Mind to Itself: The Footprints on the Shores of the Unknown Are Our Own
We Are One at Our Source … Explaining Shared Experience and Overlapping Identities: Transpersonal Perspective, Part Four — How “Within” Can Also Be “Outside” →