← Kaleidoscope of Postmodern Life, Part Twenty-Four: Prenatal Irritation/ Revulsion Has Us Invent Scapegoats for Loss of “Golden Age” … Racism, Bigotry, Anti-Semitism, Anti-Immigration
Yuppies Were Hardly Boomers … But This Idea Supports a Right-Wing Agenda by Pitting Progressives Against Each Other … Try the Red Pill →

Toxic Womb ~ Toxic Earth: How We Manifest Prenatal Irritation and Burning in Environmental Destruction and Why Humans Are Compelled to Poop Where They Sleep. 21st Century and Its Discontents, Part 25

Environmentally We Act Out

The second aspect of prenatal irritation/revulsion is, We can’t get rid of poisons that build up in the environment around us…like a prenatal environmental pollution. We can’t eliminate wastes as efficiently.

I’ve written a lot about this in other places of this blog/book. I’ve talked at length about how we act out the deprivation part of late gestation experience in global suffocation, greenhouse effect by focusing on the reductions of oxygen. But remember that there are slight increases of carbon dioxide with the reduced blood flow for the prenate:

These are a big part of the increase in waste matter, consequent upon a reduced efficiency of eliminating toxins. So, obviously this is analogous to the way we have created such an increase in carbon dioxide in our atmosphere called the greenhouse effect. We’ve done a good job of manifesting this…not easy to do. And we should be congratulated if it were actually a good thing and not another way we have become good at self-destruction. 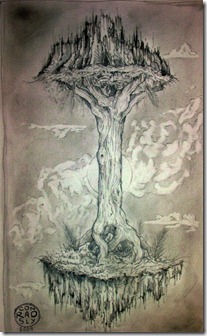 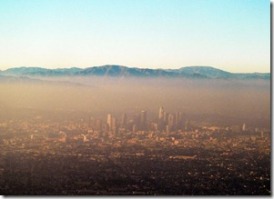 We re-create the bad blood aspects of fetal malnutrition in air pollution. I can tell you from much personal experience in Southern California that indeed it re-creates the sensations of sickness at times. And this is when it is obvious to me; here I’m asserting that it is stimulating unconscious memories of discomfort even when we are not aware of being sickened, consciously.

So that’s deprivation and bad blood…of course the other aspect of late gestation is crowdedness, which I’ve also dealt with earlier at length. 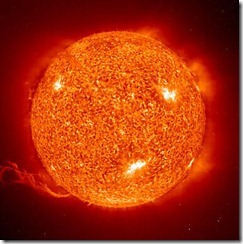 So now, here let us just look at some of the ways we re-create, specifically, those irritating, burning sensations in our environment—the fourth aspect of late gestation comfort and the third of fetal malnutrition. I mentioned in a previous post how we sit out in the sun and endure discomfort—sun bathing—in some odd re-creation of fetal irritation.

The most obvious environmental correspondence with that is the way we have thinned out our protection from the sun, so now we can better be harmed by UV rays. With the huge reductions in our ozone layer, we are insuring an increased burning of our skin and epidemics of skin cancer—not very comfortable I would imagine. 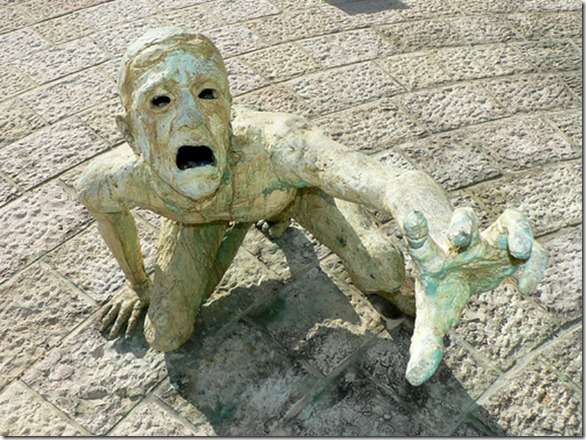 We have managed to surround ourselves with the prospect of burning up in a fiery inferno at any moment because of nuclear weapons we have created out of the suicidal deliriums of some of us. That would be prenatal burning acted out to the infinite power.

Some of this is the most obvious of all: Toxic Womb

Environment leads to Toxic Environment. Again, good job, humans! If it were some kind of achievement. We have created a worldwide toxic womb,

with a fractal equivalent of the situation in the womb—a buildup of poisons that cannot be eliminated anywhere: There is no longer any “away” to remove it to.

We have become the filthiest of species, essentially pooping in our own nests. We have landfills that overflow and encroach on residences, ticking time bombs of nuclear waste matter that have to be guarded for 250,000 years. 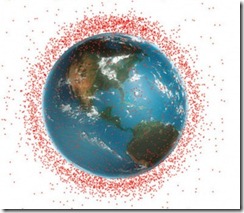 That’s a long time to have to avoid “stepping in it,” wouldn’t you say? And we are polluting and

killing our oceans, creating the closest thing of all to a toxic, poisonous placenta, as from it, ultimately, we suck our necessary O2 and H20. 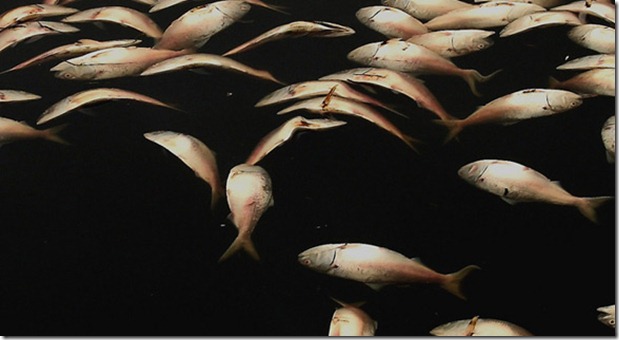 I could go on but you get the point. We’ve done a great job of re-creating the discomfort of the toxic womb.

And, as I said, yes we are sickened, whether we acknowledge it or not. And what I’ve observed is that even the most intelligent of us is trying like crazy to NOT acknowledge it, using all manner of denials and defensive maneuvers of consciousness. If nothing else, about our discomfort and its causes, we are “compartmentalizing” so we can go on with our lives.

We have done such a good job of creating the “toxic womb” in our planetary environment you have to marvel at the perfection of its replication. And with such perfection, there are reasons. 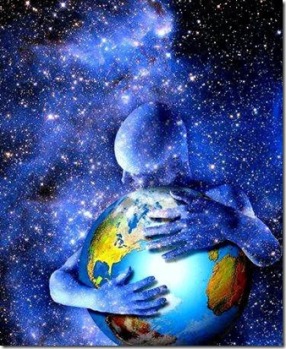 As I’ve been saying, we re-create that which we need to experience. So, as we do this, we are creating the exact situation that we need to face

in our earliest lives in order to heal them…and in this lies the hope. In fact, looking ahead, I will be telling you that this is the key to a solution for us. As I say, Nature Balances HerSelf, and we are part of her. We may or may not make it as a species, but certainly it looks like we are in the process of something that is perfectly set up to wake us into consciousness of what we need to heal, if we heed it.

Continue with Toxic Earth – Prognosis: We’ve Created Our Own “Monsters” and Roots of Apocalypse – We Stood Up! 21st Century and Its Discontents, Part 26

Return to “Get Away From Me, Bum!” … Replaying a Prenatal Narrative, We Create “Filthy” Others and Blame Them for Loss of Our “Golden Age.” 21st Century and Its Discontents, Part 24

← Kaleidoscope of Postmodern Life, Part Twenty-Four: Prenatal Irritation/ Revulsion Has Us Invent Scapegoats for Loss of “Golden Age” … Racism, Bigotry, Anti-Semitism, Anti-Immigration
Yuppies Were Hardly Boomers … But This Idea Supports a Right-Wing Agenda by Pitting Progressives Against Each Other … Try the Red Pill →