← Why Humans Are the Sorriest of Species … Apocalyptic Foretellings Hidden in Myths of Eden, Prometheus, Pandora, Icarus, Cain and Abel: 21st Century and Its Discontents, Part 11
Kaleidoscope of Postmodern Life, Part Twelve: Deep Thoughts on The Fall – On Sacrifice, Dominion Over Death , Meat, and Murder… How We Started Our Slide Into Savagery →

Better Off Than Fifty Years Ago? Part One: Peaking in the Sixties 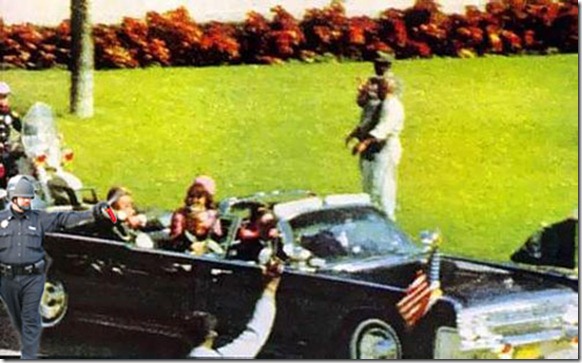 Foolin’ the People About America. Better Off Than Fifty Years Ago? Part One: Peaking in the Sixties 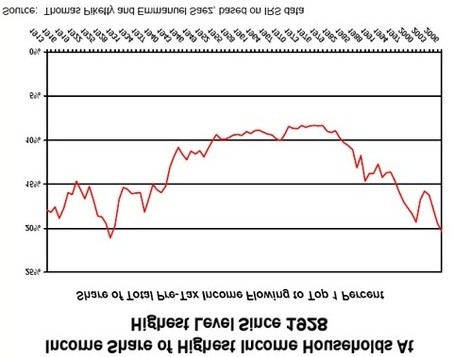 So unfortunately, after Reagan instituted “voodoo economics,” with prices on health care and pharmaceuticals going through the roof along with the sudden unexpected increases of other necessities of life, you had that lowered standard of living we have now become accustomed to for the great majority of Americans. You had a population that was poorer, in relative terms, and got increasingly poorer. 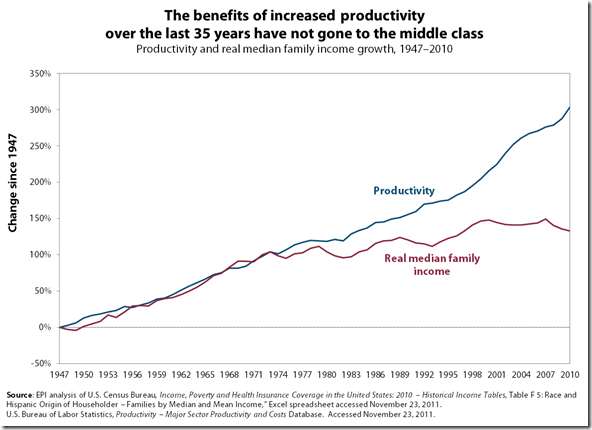 Over time, over the course of my lifetime, though we might ostensibly have appeared to prosper we did not. The apparent rise in standard of living was a result of the glut of new consumer items produced in an increasingly technological and complex culture. 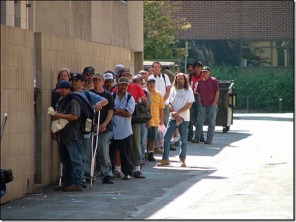 Peaking in the Sixties

In retrospect I can see we prospered in the Fifties and Sixties. The records show that Americans achieved a peak of affluence in the Sixties and that since then, and rapidly accelerating since the Eighties, we have been on a downward slide.

Poor mothers could afford to stay home and take care of the kids. 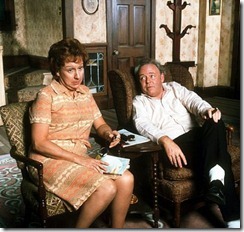 I can see the ways we, living in the Fifties and Sixties, were as a culture fairly well off, though personally my circumstances were anything but that. My father made only fifty dollars a week for a time. But my mother never had to go to work. She actually did get a part-time job much later in life for the enjoyment of it. Can anyone today imagine that?

How Much for That House? Ok, Let Me Get My Wallet.

My father never made over a hundred dollars a week until later in his life he actually started his own small trucking outfit…that’s another story about who are the real job creators in America that I get into elsewhere. Yet he bought his home with cash he had saved up. Eight thousand dollars smack on the barrelhead in 1953. He never had to work three jobs to get by either, like some folks have to today. No mortgage on his house and he bought every car he owned—roughly once every five years—also with cash he had saved.

College Educations for Free in the Sixties and Seventies. #occupycollege today

No loans, never in debt and yet five of his six children attended at least some college and two attained at least Master’s degrees. I was talking with my older brother about his college education, which mirrored my own, and we both remember getting by with very little or no debt afterward. We both received enough to cover all college plus living expenses most years just on scholarships and grants—mostly state and federally funded—yet we both attended private, somewhat prestigious, colleges.

I know, millennial generation, but don’t blame us, we’re on your side. #occupycollege.

My family didn’t have any health insurance, had never even heard of it. We were not well off, but we like most people could afford to go to the doctor. And similar to others we could even normally pay hospital bills, for maternity and so on.

If anything very serious developed that required more money no one ever imagined that they would be turned away at a hospital. The Mercy Hospital in my city, run by a religious order of Catholic nuns and funded by contributions, was a place one could always go regardless of one’s means. Sounds unbelievably quaint, doesn’t it? I know. I can hardly believe it was once that way myself.

Continue with Starving for Prosperity: Foolin’ the People About America…Better Off Than Fifty Years Ago? Part 2

Return to Foolin’ the People About History: Reagan’s Great Ruse and The Face of the Enemy, Ours

← Why Humans Are the Sorriest of Species … Apocalyptic Foretellings Hidden in Myths of Eden, Prometheus, Pandora, Icarus, Cain and Abel: 21st Century and Its Discontents, Part 11
Kaleidoscope of Postmodern Life, Part Twelve: Deep Thoughts on The Fall – On Sacrifice, Dominion Over Death , Meat, and Murder… How We Started Our Slide Into Savagery →