To Win at All Costs – How They Convince That Their Problems Are Ours: Only the Game Remains, Part 3 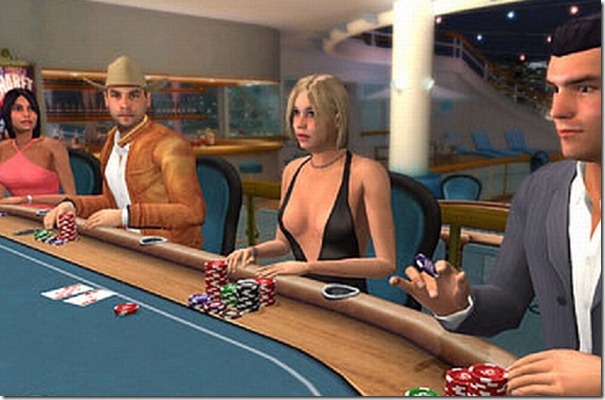 Only the Game Remains, Part Three: To Win at Any Cost – How They Convince That Their Problems Are Ours

Anyway, the game is to claim that the pain of those with wealth is really the American people’s pain, so as to make it seem a large number of people would be helped.

That’s one of their lies that gets by; this is how they seek to “share the pain”…”spread their burden.” It is a banking problem, in this instance,

something that has had disastrous effects on the economy and on people’s lives, but it would be better handled by society if the problem of the people involved would be addressed,

not the problems—money lost, investments gone under—of the filthy rich.

The upshot is that over and over we hear these big lies of how “the American people”…one of those huge buzz words… “the American people are going to be hurt.” Or, it became, “the working people of this country,” or in the example of the coal barons, above, that a huge group of coal miners would see massive layoffs. In light of what has been said, I hope it is clear what b.s. that is. 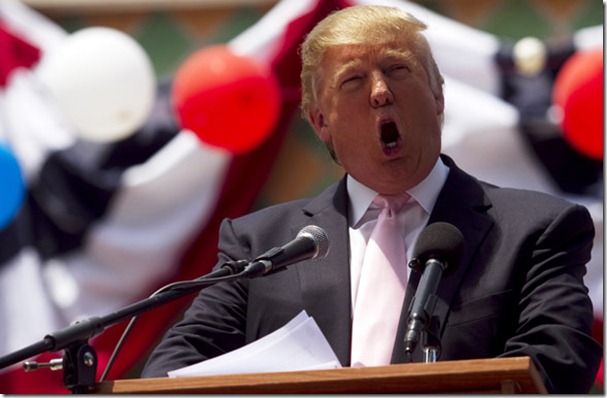 How They Try to Convince That Their Problems Are Ours

We see the threat; we see the extortion; we see the crime and its magnitude, and we see the lie that gives life to it all. Let us look more closely at the manner of the making of this spectacular ruse.

First…some of this has been said, but watch how it unfolds…you’re starting out with a group that is a minute segment of the population as a whole. But they maintain they are identical with or equivalent to society as a whole, making it that it is not the magnitude of their money but of their numbers which raises their voice above all, which is not true of course.

I was talking earlier about how they would do that in making up the tax codes. Recall, they would say, “Well, society as a whole will suffer if you don’t…”

So they would always package any benefit to them as being not for them, really, at all but for a great number of people. And if they could pull that off, if they could make that magical equivalency then it was like they had a home run. They would say the working people of this country would be affected, that a huge group of coal miners would see massive layoffs, for example.

Then here is how they make that number bigger: These people, in this example the coal barons, not to be underestimated, would assert that because of their layoffs naturally there would be more of these layoffs by other coal companies. And then, they’d say, these layoffs would affect all the shopkeepers, retail merchants and so on who service the impacted regions;

and of course a pull back in demand for products means fewer workers needed to make what is needed, thus an increase of unemployment in all other sectors would ensue; which unemployed workers on a grander scale would have them unable to buy from their local merchants; which equals the losses to the manufacturers in an ever more expanding array of products and industries;

requiring they let people go; thus even more, ever accelerating rates of layoffs and widening unemployment; well , those laid off would not be buying the products in their local shops; which leads to…well armageddon the way they would have it. 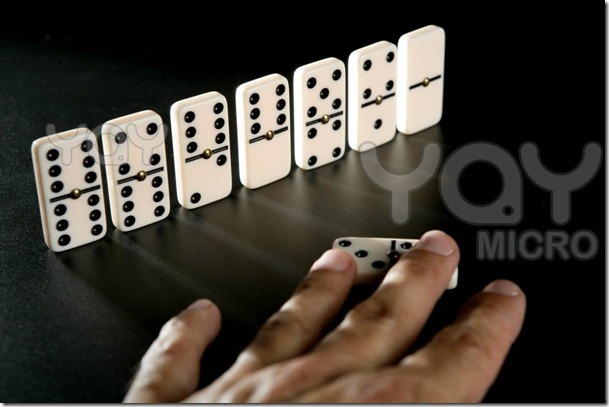 To Win at All Costs

But They Will Say Anything to Win

Just a hint though, this is one of those seemingly rational analyses that although seeming to make sense is not grounded in the real world; it is speculative and made up. It’s roots are solely in the dark hearts and motivations of those attempting to push through their argument, to give it added weight, to basically win at any cost.

That’s a lot of what the difference is. It is that some people will wager with any amount of harm to others; they will say anything, will make up anything. 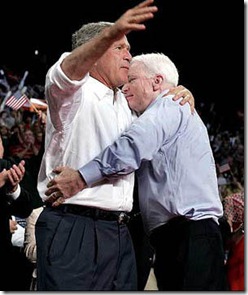 This is the guy who was popular among the corporate crowd of the country, the same group making that simplistic argument above.

What’s Truth Got to Do With It?

So basically their game involves winning at any cost to others, being willing to assert anything, with no thought that truth should even come into a bargaining situation. I mean, really, the attitude is that, what the hell does truth have to do with it? It’s like, we can make a good argument; we can convince people; we can persuade people; we can fool enough people into thinking it’s true…and that’s all that matters. [Footnote 1] 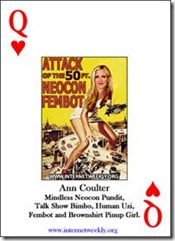 So you see they’re getting kind of cocky; they don’t even think they have to have truth…any actual facts or evidence backing up their arguments. Then you have your whole attitude of, “What the hell, why is anybody bothering to bring any truth to this?”

So they don’t bother even to come with any evidence to be laid out on the table; it becomes the most elegant spectacle in sophistry imaginable.

Continue with Compassion’s Downright Laughable in The Game – But Unlike Monopoly These Results Are Real: Only the Game Remains, Part 4

Return to Extortion by the Filthy Rich–Dire Long Term Consequences of Leaving This Crime Unprosecuted: Only the Game Remains, Part 2

1. For a humorous aside on this attitude of the truth not mattering when it comes to the game, check out this “Auto Salesman Tells All on Sillymickel” below. 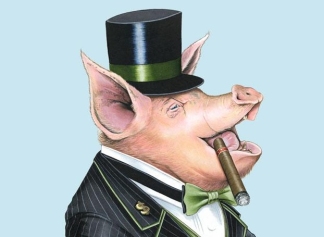 This is another takeoff from “Anatomy of Class Consciousness” — a much longer audio clip (http://bit.ly/autoclass).

There is a spinoff, as well, at http://bit.ly/ComoDoors2, titled “AutoSalesman Does Como Doing Doors, Update – Aftermath, post-Gig.”

This one, just below, is not clipped from the long monologue and is another spinoff from “Anatomy of Class Consciousness.” In this one, Auto Salesman tears into SillyMickel, talking kind of like his alter-ego:

What follows is the full text of the video.

About SillyMickel (me), Auto Salesman (my “evil twin”) says:

“Ok. Enough about that. I’m gonna get back to being this erudite mother-fucker, wherever he is. I guess I got to bring him out.

“I try to keep him in that jar, but he keeps going on about

“I try to keep him in there. I cover it with grass. Which I give him breathing holes; I don’t know what he’s complaining….

“What’s his big fucking beef? What’s he got against George W. Bush? What’s his beef anyway…better than that bozo we got up there. I don’t know what’s his beef. He says something like,

‘Why, George W. Bush, he’s behind the Trade Center bombing and it was like a government job, and it was all for the purpose of doing this and that, and that it killed thousands of people….

‘And not only that, but the scientists are saying that we’ve only got 20 to 50 years to save the planet, and that we’re all gonna die.’ 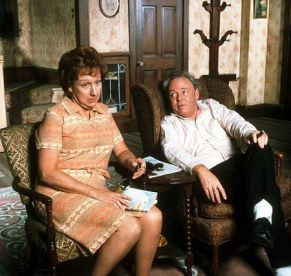 “I didn’t see where that affected MY pocketbook one bit! Now where does he come from? Just because people, just because the whole world’s gonna die…

“I’ll be dead by then, probably…so what the hell do I care? I don’t think anybody should be caring if it’s not going to affect them!

“Now, as far as, you know, the children and the grandchildren … are gonna die in a fiery inferno and whatever in the next 20, 30 years and all the planet’s gonna be wiped out, now, I think:

THEY should be worried! It’s THEIR problem, right? Ain’t my problem…why should I care? See?

“So, I said to that erudite little fuck, you know, ‘You stay in your fuckin’ jar…well, stop BOTHERIN’ me with this stuff about how we’re all gonna die and everything like that because, you know, it’s like, NOBODY cares…If it’s not them, you know, they don’t even care about their children so…what does it MAT-ter!?….”

“Besides, everybody’s so fucking stupid, they think God’s gonna come down and save them anyway, because, you know, they all think they’re so special and everything. And so do I, you know. But not him, he says… He’s kinda wierd because he kinda thinks… that…you know… He’s moved by God, but he doesn’t expect God to come down and save him! I don’t understand it.

“He expects…. He wants God to save everybody. And he wants to help. Well, we don’t think like that around here! Do we?

“Naaa. That’s just…we ain’t…that’s just a little bit too goddamn complex for our thinking processes. I mean, it’s like, ‘Am I gonna die?’… you know… ‘Am I gonna be able to eat?’

“And if it’s anything beyond that, what does it matter?

“I think I understand. Yeah. I understand… I don’t know why that erudite puke doesn’t understand it. You know? Maybe I’ll go and tell. Maybe I will, behind his back, you know. This recording here…maybe I’ll send it to them. Just so that they know…that I understand.

“But then maybe they’d like to hear some of my other stuff, too, you know? Like ‘Perry Como Does The Doors’ and my class consciousness stuff, you know…Mr. Boehner and all that. Maybe they would like that because maybe they would understand that I’m like them, you know? It’s just that, you know, that erudite guy, you know…is the one that they don’t like. Think I should? Yea, I know that.

“Because, you know? They should at least know that there’s part of him that’s like that….

“Anyway. I see, underneath all that sweetness….

The Rise and Fall of “Obvious Truths,”Part Two – an Audio Reading by SillyMickel Adzema

Here is an audio of the author’s impassioned reading of this part. Though it is of the first, unedited and unpolished version, and it does not contain all the detail of its current form below, it does capture the flavor of it all. I offer it here for your listening pleasure. For the reading of this part, “The Rise and Fall of ‘Obvious Truths,’ Part Two,” click on the link to the audio site above or click the link to the audio player below.

http://cdn.hark.com/swfs/player_fb.swf?pid=dhvsqlbnjl
The Rise and Fall of Obvious Truths, Part 2. by SillyMickel Adzema

Continue with Compassion’s Downright Laughable in The Game – But Unlike Monopoly These Results Are Real: Only the Game Remains, Part 4

Return to Extortion by the Filthy Rich–Dire Long Term Consequences of Leaving This Crime Unprosecuted: Only the Game Remains, Part 2