← Worse Homes and Gardens – Houses, Prisons, Schools, Dungeons, UFOs and Spaceships…and Their Obstetricians: Perinatal Media, Part 5
The Prasads — “Blessings” from Planetmates — point to a major overview of us humans extending over an incredibly long time: The Great Reveal, The Prasads Begin →

Through the Looking Glass Into Parallel Universes…But “There’s No Place Like Home”: Perinatal Media, Part 6

Perinatal Media, Part Six: Through the Looking Glass Into Parallel Universes, But “There’s No Place Like Home”

But this idea of something coming through the walls, membrane walls, is both fascinating and telling in the extreme. It speaks to other perinatal elements and feelings.

into which people go and from which people are rescued (with luck). There is a barrier between the two realms—a permeable, elastic barrier. Anytime you have this other realm you are talking about either birth or death or both. Oftentimes it is both, for it is felt that to go back to the time of being in the womb (“regression”) is akin to death.

Of course we get this idea that birth is death, for one thing, because of the fact that at that time—in the late stages of pregnancy with fetal malnutrition, lack of sufficient oxygen, suffocation, and so on—there was a sense of impending death, and oftentimes actual vital life threat to the fetus.

We see our beginnings as dire, for another thing, because the actual time of being born is analogous to a dying to one state in order to be born into another. 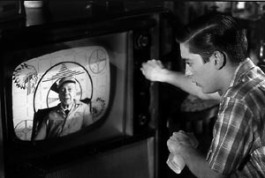 Actual birth, BPM III, has most often been related to feelings of death/rebirth.

So of course, for these reasons, anything having to do with going across or back into that other realm is going to be associated with death. 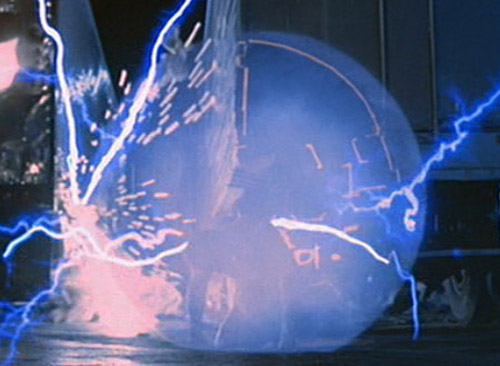 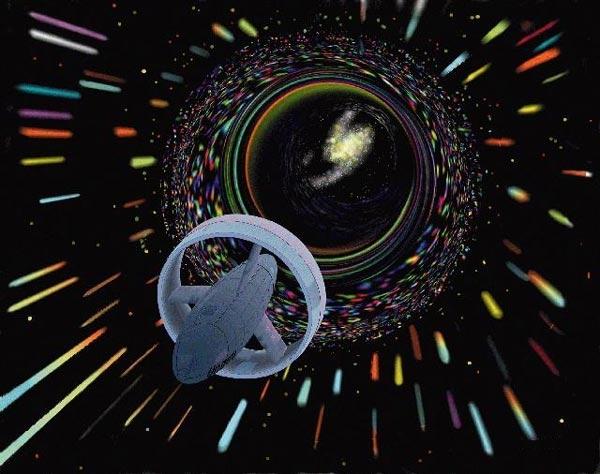 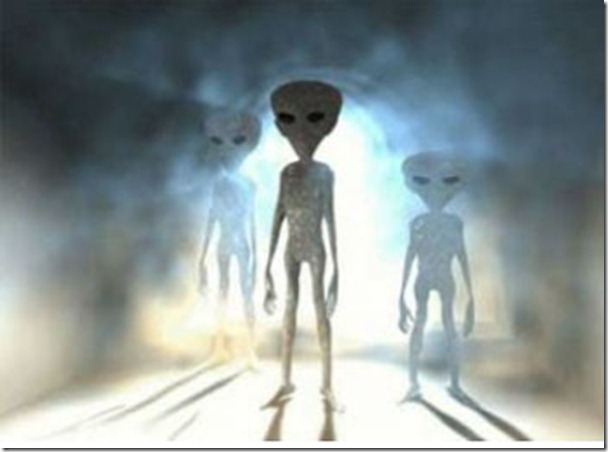 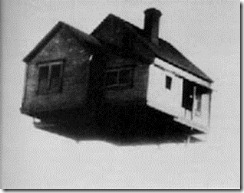 But death is not the only aspect of crossing some kind of barrier into another realm. Related to the house theme we see how going through a membrane into another realm can take one into another place where one has adventures and rediscovers important understandings or is transformed or matured in some way.

In this category we have Alice going through a looking glass to go into Wonderland; Dorothy and Toto in

“The Wizard of Oz” being transported — in their house, naturally — to another realm; and the back of the wardrobe opening up into the other land of Narnia in the classic children’s series by C. S. Lewis titled, The Lion, The Witch, and the Wardrobe. In Howl’s Moving Castle, a floating, traveling house takes the occupants to different places and into various adventures and scenes, like some kind of animated version of Sliders.

Through the Looking Glass

And of course this is only the tip of the iceberg of works of literature, film, and TV that could be given: the magic mirror, often an antique one (of course),

which opens up to another horrible or wonderful place or to a time in the past; or the secret passageway in a wall that opens, by means of some magical or technical maneuver and takes one into secret places—both wondrous and hideous. 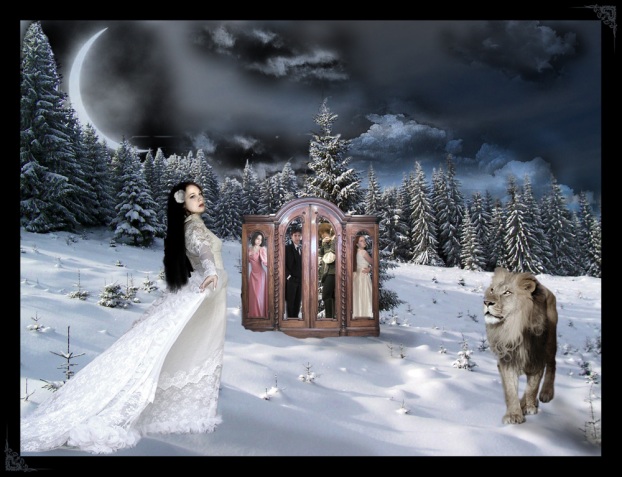 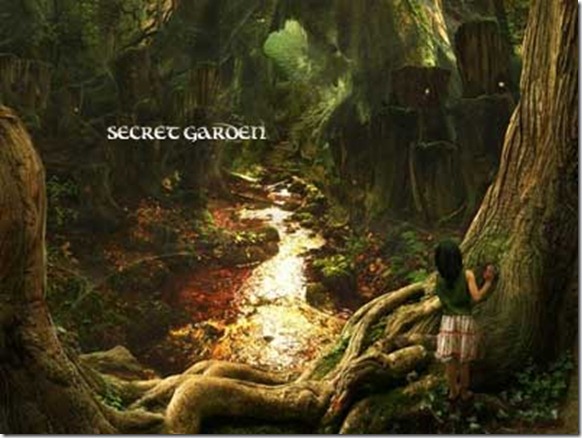 The hearth that spins around is particularly telling in that the hearth may be considered the “heart” or center of the maternal in the house, the prime source of heat and nourishment—as when in previous times it was the place in which the food was actually cooked. There are many other examples.

The movie “Jumanji” with Robin Williams employed this idea laboriously and dramatically, with people going through walls into other times and places.

But the movie also included perinatal elements such as stampedes of gigantic jungle animals and even floods. Here again we see beasts that can devour or crush one, but also enveloping waters. In fact, when the flooding waters came through the wall, to accompany this element there was even the “mandatory” fight with a toothy beast! 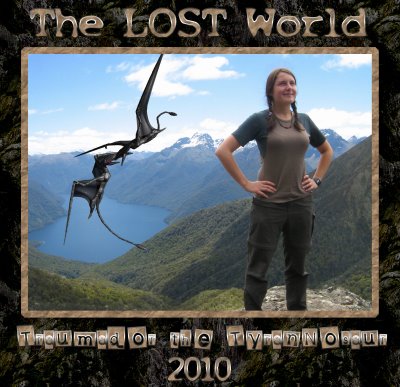 In this movie, “Jumanji,” as in too many others, the “other side” is depicted as a dangerous and often deathly place. This points to the vital life threat that we go through at the times of our birth, leaving an imprint of fear of it for a lifetime. 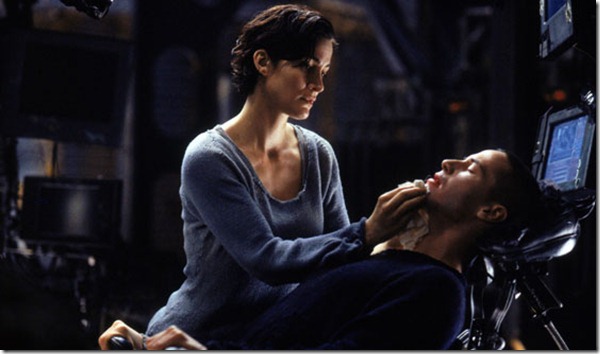 This depiction of it and fear of it are both understandable and unfortunate. For, as I alluded to earlier, this idea of birth trauma has been vigorously resisted in our culture ever since it was first presented by Otto Rank. And we can attribute that resistance to accepting its reality to the fact that it triggers so much fear in people to even consider these perinatal influences. 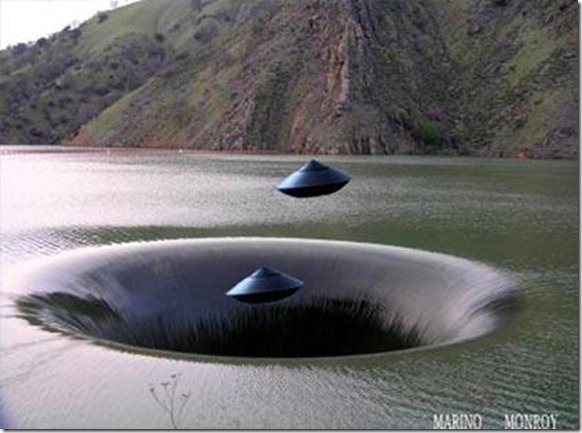 ← Worse Homes and Gardens – Houses, Prisons, Schools, Dungeons, UFOs and Spaceships…and Their Obstetricians: Perinatal Media, Part 5
The Prasads — “Blessings” from Planetmates — point to a major overview of us humans extending over an incredibly long time: The Great Reveal, The Prasads Begin →